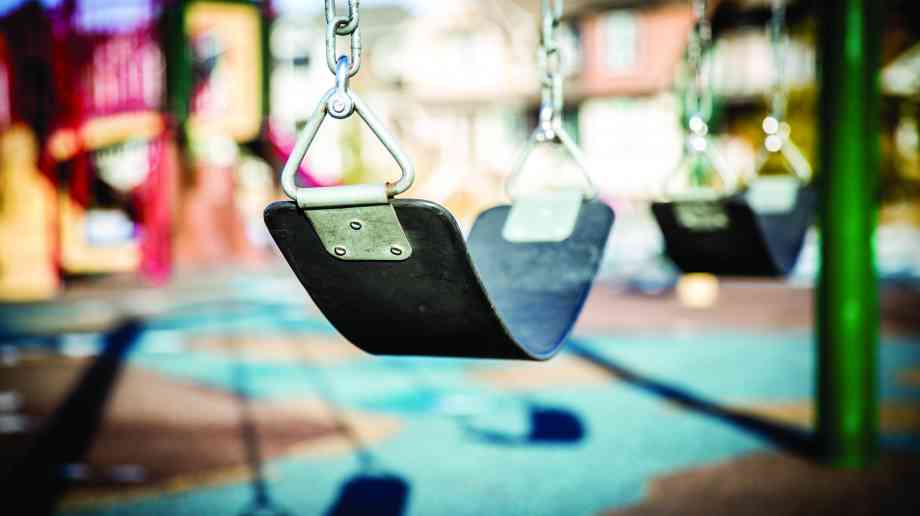 Invest in playgrounds to avert a health crisis

Children are increasingly sedentary, isolated and indoors on their screens. And with dwindling free outdoor play provision, investment in playgrounds is key to averting a major crisis, writes Mark Hardy, chair of the Association of Play Industries

Latest research shows that playgrounds continue to close at an alarming rate despite the government’s claims that they are tackling childhood obesity and mental health problems. In April 2017, the Association of Play Industries Nowhere to Play report first uncovered the state of playground decline in England, revealing the closure of hundreds of playgrounds.

The report showed that between 2014/15 and 2015/16 local authorities across England closed 214 children’s playgrounds, and when asked about future plans they admitted their aim to close a further 234.

Using the Freedom of Information Act, the API once again asked local authorities in November 2018 to disclose current and planned playground closures. The results showed that by 2020/21, there will have been a decrease in spend on play facilities of 44 per cent since 2017/18.

Funding pressures
Local authorities cite lack of budget to maintain, repair or replace equipment as reasons for the closures. There is no longer dedicated funding for playgrounds from central government or grants from third sector institutions like the Big Lottery Fund, so provision and upkeep of play spaces falls on local authority budgets which are also reducing.

In its battle against childhood obesity the government should not restrict its interventions to schools or formal sports clubs, but should look at other local provision that can improve a child’s activity level.The closure of public playgrounds – which take away these opportunities to be active at the same time as we are trying to tackle childhood obesity – is counterproductive.

Screens are displacing play
More recently, the API released A Movement for Movement, a new research report which shows, the first time, a strong link between recreational screen time and children’s inactivity. Children are choosing to spend their free hours on screens instead of playing outside.

Children are experiencing a strong inducement from screens to stay indoors coupled with a lack of suitable play provision outdoors. The Association of Play Industries is therefore calling upon the government to issue an official recommendation of two hours discretionary screen time per day for children. It also urges the government to invest in outdoor play provision, especially in deprived areas, to reverse the decline in playgrounds.

Yet these health issues are often presented as separate lifestyle factors, with separate bodies of evidence and debates surrounding each one. The evidence presented in A Movement for Movement points to an urgent need to reconceptualise these behaviours not as separate components but as inextricably linked, joint 24-hour movement behaviours.

Parents and local and national policy-makers must now work in tandem to ensure that all of the elements of children’s movement behaviours are considered together, rather than being seen as the responsibility of separate government departments and initiatives. This requires a far more muscular and visible public health approach, with joined-up thinking from national and local government.

A public health issue
The changes needed to avert this crisis for an entire generation and the ones to follow are varied, addressing families, schools, and local & national policy-makers. Reducing children’s recreational screen time and increasing the provision and use of accessible playgrounds and play areas must occur in a wider context of public health education: an understanding of how and why these screen time and physical activity behaviours should be integrated into children’s lives from an early age and on a regular basis.

The consequences if we fail to make these changes will be nothing short of disastrous: this is one of the biggest issues of our time.  We have a moral obligation to ensure that this becomes a public health issue; we don’t allow our young children to drink alcohol or take drugs, we insist they wear seatbelts, cycle helmets and suncream. And yet, we are allowing the silent killer of excessive recreational screen and inactivity time to go unchecked.

The vast majority of families and children live in urban areas where playgrounds are their only opportunity for free play and movement. Playgrounds are a central part of the community, uniting not only children but parents and carers too. Without access to attractive and free playgrounds which, crucially, are safe, local and accessible, communities suffer and children quite simply have nowhere to play.

We need a clear and unequivocal show of support for outdoor play and activity and the benefits it brings to young people. The lost playground provision that our research has uncovered should be replaced at a minimum – but this would only be a sticking plaster. A relatively modest investment of £100 million could lead to an increase in the number of playground facilities that are available for children to access across the country. We estimate that would provide a further 1,600 playgrounds and play spaces which is only 10 per cent rise on the number that local authorities reported to be running in 2011.

It is more important than ever that play is prioritised by government. As the body representing the industry which supports and enables outdoor play, the API will continue to lobby and engage key decision-makers on central funding to trickle down to local authorities. Our screen-obsessed and time-poor society is increasingly focused on false economies, neglecting the crucial role of free
recreation facilities for children and young people. In the face of huge and mounting challenges affecting our youngsters, problems which can become entrenched for life and costing the economy billions overall, it seems a no-brainer to prioritise protecting our playgrounds.

We all have memories of playgrounds – they are part of the building blocks of childhood and vital for child development. They provide communal, free and attractive focal points for communities – rich and poor – and for children of all ages and abilities. With the cost of repairs and replacements to these facilities being dwarfed by the social cost of removing them, we insist that no child should find they have nowhere to play.