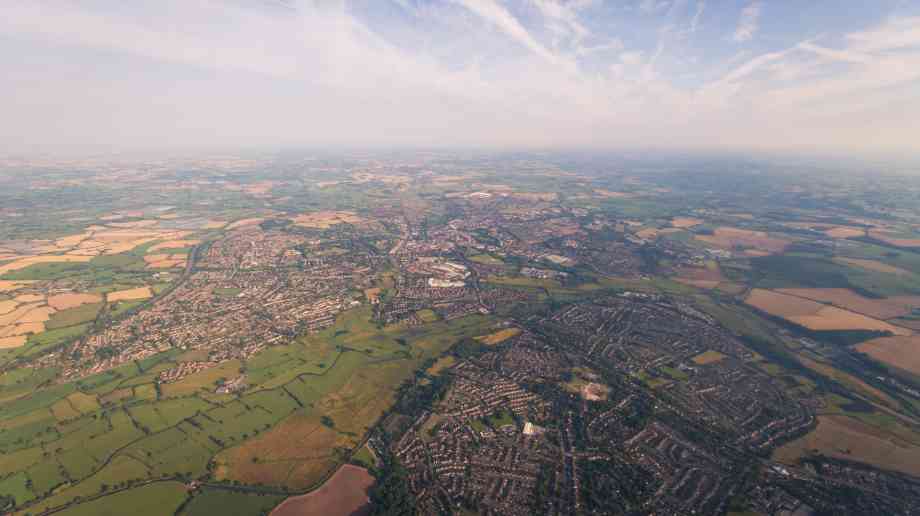 Funding, county economics and the need for resources

Cllr Philip Atkins, vice-chairman of the County Councils Network and leader of Staffordshire County Council, explains why county authorities are paying the price of a postcode geographical lottery and why the upcoming Budget is an opportunity to empower counties to boost economic growth

In the county local government world, we are gearing up for our peers and colleagues from local government descending on the County Councils Network’s (CCN) annual conference. Whilst it has been said so often it verges on cliché, this year’s conference comes around at a truly pivotal time for local government.

There is a major question mark on how councils will be funded after business rate retention failed to make it onto the legislative timetable, the devolution agenda has stalled, and financial pressures continue to persist, not least in adult social care.

For England’s county authorities, these pressures are felt most acutely. The theme of this year’s CCN Conference is ‘a new deal for counties’. The imperative for change has seldom been greater.
There are three key pillars of CCN’s advocacy in calling for a new deal. We believe counties should receive their fair share of national resources, that counties’ contribution to the economy – and their potential – is recognised and harnessed, and finally, counties should be empowered to take charge of the social and economic destinies of their own communities through decentralisation and devolution settlements.

Funding disparity
Many county leaders like myself believe this year’s budget setting is the hardest yet. Recent CCN analysis shows that counties face a £2.54 billion funding gap by 2021. If we want to continue to protect frontline services, we cannot go on like this. CCN has argued for additional resource in the Chancellor’s Budget later this month, to prevent services from collapsing in the not too distant future.
But while additional funding for counties is essential, of equal importance is fair funding; the core foundation for a new deal for counties.

For too long now, the 26 million county residents have had a raw deal from government. CCN analysis shows that on average, a taxpayer in London will receive £540 more for their public services in government grant funding compared to a taxpayer in a county area. But this is not just a city vs county issue; on average, residents in counties receive £125 less per person for local government services compared to the national average.

In social care for example, counties receive £1.98 billion less than other parts of the country; a situation exacerbated by the future funding pressures they face. Core government funding cuts fall the hardest on counties, with grants reducing by 93 per cent on average by 2020, at a time when they have to grapple with rising demographic pressures such as being home to the fastest-growing elderly populations in the country.

The Secretary of State has committed to a review of the way councils are funded, called the ‘fair funding review’. But considering it was announced in early 2016, we believe progress is becoming too slow, and that it could simply update and reinvent the current unfair methodology.

This cannot happen. Government should not tinker round the edges; instead it must put forward a cost-drivers model that funds councils based on what they need to deliver services, based on factors such as current and future demographic pressures. Nothing would symbolise a new deal for counties more than a fairer funding arrangement.

However, a restricted focus on simply local government funding will not unlock the potential of counties to rise to the social and political challenges of the day. As the Brexit vote has sunk in, the focus this year has sharpened on the need for the English economy to be firing on all cylinders across the length and breadth of the country.

Capitalising on counties’ potential
The Chancellor’s upcoming Budget could provide some of the financial resource to do this, whilst the forthcoming Industrial Strategy is designed to offer the mechanisms to make regional growth in all four corners of the country a reality.

When the Industrial Strategy green paper was released earlier this year, county leaders no doubt welcomed the narrative, but perhaps not the detail. For whilst there was a recognition that national economic growth would need to come from all corners of the country, not just London and the big urban conurbations, the strategies designed to address this were narrowly focused on cities.

This could be, in part, due to a lack of detailed analysis of county economies. However, Oxford Economics’ summer report, commissioned by CCN, filled this void. It showed that, whilst collectively counties contribute the highest proportion of GVA in England (41 per cent - double that of the mayoral combined authority areas) and were responsible for 40 per cent of the country’s exports, productively levels wary widely from county to county, and their heavy manufacturing base is susceptible to technological advances and workforce changes.

Despite this, there is a lack of policy detailed towards capitalising on counties’ potential, and addressing their challenges. A place-based industrial strategy, based around county geographies, would be a significant step in the right direction. As several well-respected think-tanks have argued this year, separating the country into strategic authorities could be the mechanism to deliver genuine place-based growth.

In county areas, these should be based around county geographies and led by the county authority. They know their economies intimately, and have the scale and expertise to bring together both the private and public sector; business and education. They offer the transparency and accountability that LEPs arguably do not.

Political and social changes
Localis’ recent report, which argues for local labour market strategies to address issues such as demographic and technological changes, automation, and Brexit’s impact on labour markets, builds on this strategic authority model. It proposes the tools for counties to deliver localised labour strategies, matching local demand, supporting business growth, and ensuring people have the skills to do the jobs for tomorrow.

This is especially pertinent for county authorities, whose economies have the most exposure to risk coming from transitioning to new industries, technologies, and workforce. Whilst ensuring that the economy is fit for purpose – not just in the present but in the future – we should not overlook other areas of political and social challenge, not least in debates over to how successfully reform adult social care, growing pressures on public services, and a housing market that is locking out vast swathes of young people.

Housing, in particular, is an issue that Communities Minister Sajid Javid has staked his political reputation on – and for good reason. The country is not building enough homes. This is a complex issue with numerous answers put forward, but what tends to slip under the radar is how disjoined the system is in two-tier areas – with the county council responsible for infrastructure and the district council responsible for planning. This fragmented system has stunted the housebuilding drive, with districts lacking the size to combat ‘nimbyism’ and the system failing to provide reassurance to people that the correct infrastructure will mitigate development.

CCN has long argued for planning to be placed on a strategic level, joining up planning and infrastructure together so that we can deliver the right homes in the right places, over a wider geography, with joined up financing for infrastructure so existing communities do not feel extra pressure on their public services. Government has increasingly made moves in this direction; and counties will continue to advocate for this in on-going housing reforms.

Underpinning a stronger strategic role in housing must be ambitious devolution settlements. Oxford Economics’ report calculates that if all 37 CCN members were granted full financial devolved powers, it could generate over £26 billion for the national economy over a five-year period, and result in national growth of 2.7 per cent per year – far higher than current projections.

Despite this, and the ability for counties to reform and improve public services, it’s fair to say the agenda hasn’t received lift-off in rural areas, and despite the mayoral requirement being withdrawn for a devolution deal, the devolution drive has stalled. Considering six urban areas have their own bespoke devolution deals, and funding is channelled to urban areas, there is a risk that counties are left behind. To finally unlock county devolution, strategic authorities, led by the county council, could provide the platform to drive down powers to local communities.

They have the local knowledge to grow their economies reform public services, and integrate health and social care locally, mixed with the size and scale to do business with government nationally.
At the heart of CCN’s pitch for a ‘new deal’ is a desire to deliver fairness to the 47 per cent of England’s residents who live in counties, and a desire for county authorities to raise above the parapet and offer solutions to the country’s social and economic challenges.

As ministers arrive at CCN Conference next week, they may wish to consider that it is localism, not centralism, that could drive national prosperity.