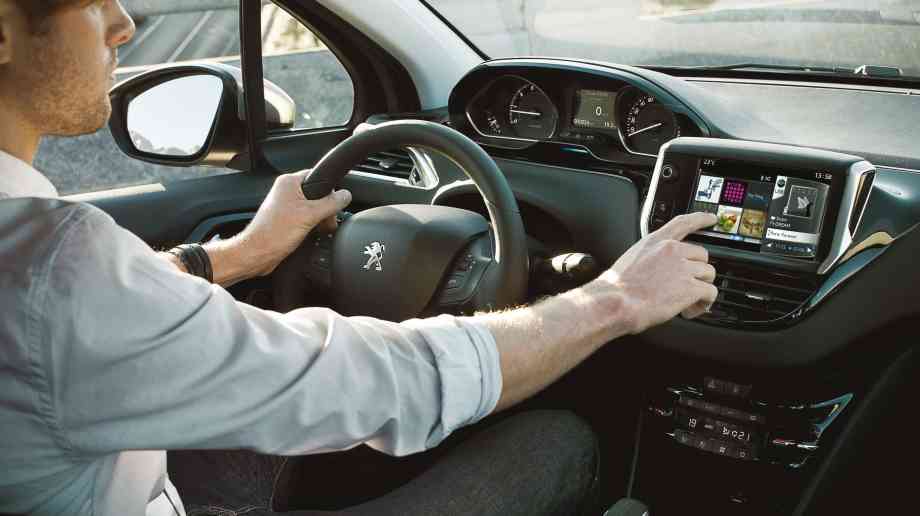 Employers must harvest data from vehicles

Driver influenced costs are the single largest drain on a company’s in-life fleet vehicle expenditure. On board telematics can play a significant role in keeping those costs in check, says Geoffrey Bray, chairman of the Fleet Industry Advisory Group

All fleets are striving to reduce their cost base, but the Fleet Industry Advisory Group’s (FIAG) autumn workshop, ‘Fleet Policy - Challenges and Influences’, heard that nine in 10 businesses that fitted telematics to vehicles were ‘nowhere near’ maximising the potential of the technology to obtain a full return on investment.

Telematics also delivers a wide range of other spin-off benefits including: savings on overtime claims due to improved driver records which also aids compliance with analysis of working hours; productivity increases due to improved journey scheduling and drivers travelling directly to their destination first time every time - also resulting in reduced driver stress and fatigue; the compilation of a thorough driver and vehicle audit in accordance with health and safety related at-work driving legislation; and improved customer relations as accurate response times and delivery and call scheduling can be achieved with the office in direct contact with the vehicle’s driver.

Highlighting that in-vehicle technology and so-called ‘big data’ was the future, Powell told the workshop: “Employers must harvest data from vehicles and use the information gathered to analyse both driver and vehicle performance.”

The connected car
FIAG believes that only by effectively managing vehicles, drivers and journeys can fleets truly deliver cost savings as employee abuse of company cars and vans is endemic in many organisations as there is no fleet decision-maker insight as to what is happening on the road.

Contract hire and leasing companies frequently highlight that customers will ‘fight them’ for a pound or two reduction on a monthly rental, but have no idea how their employees are driving when on the road. As a result, if they had that insight they could save significant sums of money.

Investing in telematics solutions and using the information from in-vehicle ‘black boxes’ to strategically and tactically increase fleet efficiency is proven to deliver savings of 10 per cent across many areas and sometimes as much as 15 per cent. Telematics has its roots in the HGV sector and ‘black boxes’ have filtered down into the light commercial vehicle sector and can occasionally be found in company cars as retro-fit or aftermarket devices.

While ‘black boxes’ continue to be fitted to vehicles, the emergence of web-based apps available on smartphones and other mobile devices also linked to the on-board diagnostic port has led to the creation of the phrase ‘the connected car’.

The rapid advancement of technology also means that some of today’s sophisticated vehicles already have some form of in-built recording device in them - event data recorders (EDRs), which are typically located in the airbag control module, which record information during a road crash and for a short time, typically less than a minute, before and after a collision for future assessment. There are also Journey Data Recorders (JDRs), which monitor driver behaviour.

That transformation is continuing at pace with a ‘massive revolution’ with the introduction of the ‘connected car’ and the arrival of so-called ‘big data’. In-vehicle technology will enable fleets to predict the future in terms of vehicle service, maintenance and repairs and driver behaviour as a result of data analysis thus taking away fleet operation uncertainty - and thereby reducing costs.

Transparency and accountability
However, looming large in the rear view mirror of fleet operations and rapidly advancing is the May 2018 introduction of the General Data Protection Regulation (GDPR). GDPR builds on existing data protection legislation with a particular focus on digitalisation and technology. Core to the 1998 Data Protection Act are eight data protection principles and GDPR reforms those and introduces new principles of transparency and accountability with the ability to ‘prove consent’ a significant pillar of the new regulations.

Key to using ‘big data’ is businesses having an ethical approach and that means transparency in how the information is used. Critically, businesses must be clear about what data they are gathering and why, where it is going and how it is being used and gain the consent of drivers. If information is personal and identifies who a person is and how that employee is using their vehicle and their behaviour then it impacts on their privacy and requires sign-off.

Furthermore, it pays to work within the new GDPR law. Penalties for breaching the core principles of GDPR are potentially huge with a maximum fine for companies of €20 million or four per cent of total worldwide annual turnover of the preceding financial year, whichever is the higher. There is also reputational damage of businesses misusing data or losing it to consider.

Nevertheless, as highlighted above, there is huge value in gathering data, but it is essential that fleet decision-makers are not swamped with the volume of information emerging from telematics system. FIAG believes it is critical to both centralise and compartmentalise information and focus on highlighted errors and weaknesses measured against established key performance indicators so drivers and vehicles are managed by exception.

Too frequently, fleets have so much information emanating from telematics devices that ultimately critical data can be ignored. However, by initially targeting a couple of specific fleet operating areas for improvement and ‘harvesting’ the appropriate data will deliver benefits. For example, exact petrol or diesel usage on a vehicle-by-vehicle basis across the fleet can be compared, enabling the identification of fuel-hungry vehicles. That could result in a vehicle maintenance lapse being identified and subsequently resolved or driver training for a particularly heavy right-footed
driver being introduced.

Equally, by comparing the data from the telematics system with key business performance indicators, new company practices could be introduced to realign previously established methods to boost corporate efficiencies and customer service.

Having got to grips with those areas, businesses, by adopting a step-by-step approach, can then move on to target other areas of the fleet operation for improvement. Information is power, but effectively and efficiently managing the flow of data being delivered by telemetry devices to fleet decision-makers can prove to be a resource nightmare.

Being in receipt of the plethora of data and not acting on it can, in many cases, be as high-risk as not having the information. For example, in the event of a serious road crash having information highlighting that a specific employee was ‘high risk’ due to regular speeding occurrences but not taking action could land the business in trouble. Some businesses have specifically recruited staff to manage the flow of data and compile reports and recommendations.

Historically, ‘black boxes’ were viewed as ‘big brother’ and a ‘spy in the cab’ by drivers, but attitudes have softened perhaps due to the approach taken by employers in ‘selling’ the implementation process to employees.

A direct spin-off benefit is reduced driver stress and fatigue. Drivers’ health and well-being is critical to their behaviour on the road and the FIAG workshop heard from John Sunderland Wright, training director at Performance on Demand, that employees suffering from stress were 50 per cent more likely to drive dangerously and thus be involved in crashes.

Wright said: “Stress can inhibit personal performance. High levels of stress causes the brain to do far too much and that causes problems, which for drivers manifests itself in road crashes.”

It is vital that employees that drive on business are given advice and information on how to relieve stress and be less tired. Information should not just be written into a company vehicle policy, but there should be conversations and drivers should be empowered to speak up.

Drivers are not simply the problem, but part of the solution to improving fleet performance and telematics can help in delivering that and simultaneously reducing operating costs.

The Fleet Industry Advisory Group (FIAG) is a not-for-profit organisation created to develop and share best practice in the fleet industry. It has published a guide ‘Telematics Explained’.

This article first appeared in the Government Business In Focus fleet supplement.