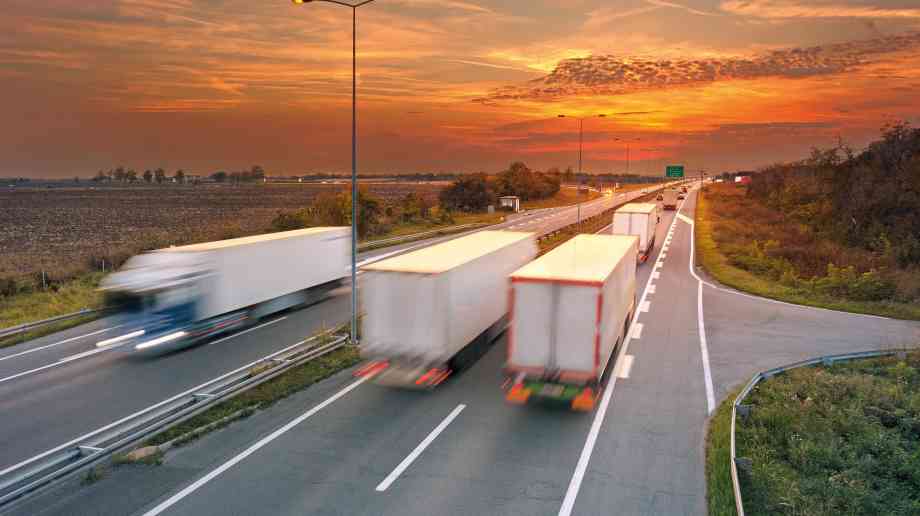 Decarbonising transport: planning for the future

With the future of transport fleets in question, the Freight Transport Association’s Rachael Dillon focuses on the challenge of decarbonising road transport and reducing air pollutants.

Following the monumental world deal made at COP21 in Paris at the end of last year on global warming and the increasing pressure to improve air quality, what does the future have in store for local and central government’s transport fleets?

Climate change will alter the way we live, the way we drive and how we will deliver goods. The problem may seem far afield now – for example, in low lying islands in the Pacific. However, recent devastating floods across parts of northern England and Scotland is a reminder that the issue of climate change is also closer to home. The UN deal at Paris underlined the need for collective action and also the importance for businesses to be proactive – more than 100 companies including Ikea, Coca-Cola, Walmart and Kellogg’s pledged at Paris to set emission reduction targets.

Similarly, there is a strong network of cities across the world, known as C40, committed to addressing climate change of which London is a member. Bristol also became the UK’s first ever European Green Capital in 2015 and has announced it will be carbon neutral by 2050. There are a whole host of initiatives that demonstrate the public sector’s commitment to reducing carbon emissions and operating cleaner fleets.

Leading by example
The government believes that the UK is progressing well on transport as it already has the largest market for ultra-low emission vehicles in the EU, and the fourth largest in the world. The Office for Low Emission Vehicles (OLEV) wants to ensure that every car and van is a zero emission vehicle by 2050. Similarly, Transport for London launched its Ultra Low Emission Vehicle Delivery Plan last summer with Boris Johnson proclaiming his vision of London as a world-leading, ultra‑low emission vehicle city a reality.

The Low Carbon Truck Trial co-funded by the government and businesses has put more than 300 natural gas HGVs on the road and helped to support the provision of over 20 public gas refueling stations. But in order for there to be a change in the way we travel and deliver goods, the public sector needs to lead by example. For instance, the London Borough of Hackney operates freight vehicles with used cooking oil and Reading has a successful bus fleet running on compressed natural gas and biomethane.

Camden Borough Council was an early adopter of gas vehicles and opened one of the first public access refuelling stations. London Fire Brigade installed electric vehicle charge points at over 70 fire stations for public use over the summer.

Moving away from fossil fuels and to alternatives is obviously easier said than done – budgets are tight. The operational difficulties of new technologies and fuels are shared by both business and the public sector and we should work collectively to solve these issues. It is inevitable that under pressure to act, local and central governments will stipulate (if they have not already) that procured transport must be greener.

The logistics sector has not rested on its laurels. The Freight Transport Association (FTA) manages the Logistics Carbon Reduction Scheme (LCRS), a leading free voluntary initiative to record, report and reduce carbon emissions from freight transport and is supported by our industry partner Bridgestone UK. Five years ago, the UK introduced the Climate Change Act and the government published a low carbon transport strategy.

FTA and 12 leading members formed a working group on how the logistics industry could decarbonise which led to the development of the LCRS.

The scheme plays a vital role in providing evidence to the government that industry can voluntarily reduce carbon emissions without the need for regulation. The LCRS also helps FTA members to get started on recording and reporting emissions and boosts their green credentials.

Currently the scheme has over 100 members accounting for more than 75,000 commercial vehicles. It includes large and small hauliers as well as local authorities and waste companies.
FTA collects simple fuel and business activity data from members on an annual basis. Our most recent report shows that LCRS members are making significantly better progress in reducing emissions when compared to industry as a whole.

Carbon savings
The Department for Transport is currently reviewing the role of the transport sector in contributing to the fifth carbon budget (2028-2032) and a new government Carbon Plan, which needs to be agreed by December 2016. HGVs account for 22 per cent of surface transport emissions and it is expected that substantial carbon savings may need to be made within the sector. The UK has met its first three carbon budgets, largely due to the recession, but it will be tougher to meet targets after 2020; this is where freight comes under the spotlight.

The UK Committee on Climate Change (CCC)reports that deep emission cuts in transport by 2050 requires electric to power batteries or produce hydrogen for fuel cells. Plug-in electric small urban delivery trucks will be technically feasible and cost‑effective in the 2020s. Hydrogen is an option but heavier HGVs will require large storage tanks. Gas is reported to be unlikely to make sufficient emissions cuts in the long term.

Meanwhile, the Centre for Sustainable Road Freight (CfSRF), of which FTA is a consortium member, has already undertaken a study for the Committee on Climate Change on freight carbon reduction. The Centre estimates HGV emissions could reduce by as much as 34 per cent compared to current levels by 2035 with a range of operational and logistics improvements.

The CCC-commissioned CfSRF to assess the scope for demand-side measures (actions that are not linked to the technical specification of the vehicle) to reduce emissions. Around 42 per cent of the estimated savings could be from improvements to logistics operations such as improved routing, use of consolidation centres, higher loading factors, a reduction in empty running and use of longer, heavier vehicles. Another 42 per cent could be from driver monitoring and fuel efficiency training. The remaining savings came from aftermarket improvements to vehicles.

This is an ambitious target – FTA agrees that a broad array of measures will be needed to help the freight sector decarbonise. Alternative fuels and low carbon technologies will also be needed to make significant improvements, whether this is via gas, electric or hydrogen. If the government is serious about helping, then there needs to be a much greater percentage of funding being allotted to the sector than has currently been seen. Too much focus is spent on the private motorist – all very well, but freight is an essential mode of transport to deliver the goods and services the UK needs. Heavier vehicles require more dynamic efficiency improvements.

Air quality
Perhaps a more pressing challenge for 2016 for the public sector is air quality. The UK has been seeking to address air pollution for many years but its efforts have not been as successful as required under EU law. In April 2015, the UK Supreme Court ruled in favour of lawyer activist group Client Earth that the UK government was in breach of its legal requirements to improve air quality in cities around the country.

Since then the Department for Environment, Food and Rural Affairs (Defra) has consulted on plans to establish Clean Air Zones (CAZs) to minimise nitrous oxides. London is to introduce the Ultra Low Emission Zone from 2020 allowing only Euro VI vehicles into central London. There is now an increasing likelihood that other major UK cities such as Manchester, Glasgow or Birmingham could establish similar requirements in the same timeframe.

Whilst setting up CAZs will be burdensome, local authorities will also be faced with the challenge of making sure that their own fleets are of the latest standard in a time where budgets are tight.

The Volkswagen (VW) car emissions scandal has also prompted much scepticism in this area. The FTA believes that the immediate concern for local authorities is to meet EU requirements and avoid fines, longer term they will be looking to continue to reduce emissions. For some pollutants such as Particulate Matter there is no ‘safe’ level – the more you reduce them, the more human health is improved.

As climate change policy has increased in the UK, FTA has called for the government to tackle both carbon emissions and air pollutants together rather than separately to avoid unintended consequences.
The rise of diesel cars to meet carbon targets has only made air quality worse.

We need to focus on a whole range of operational and technological actions that can reduce fuel usage to not only make the air cleaner but also contribute to saving the planet.