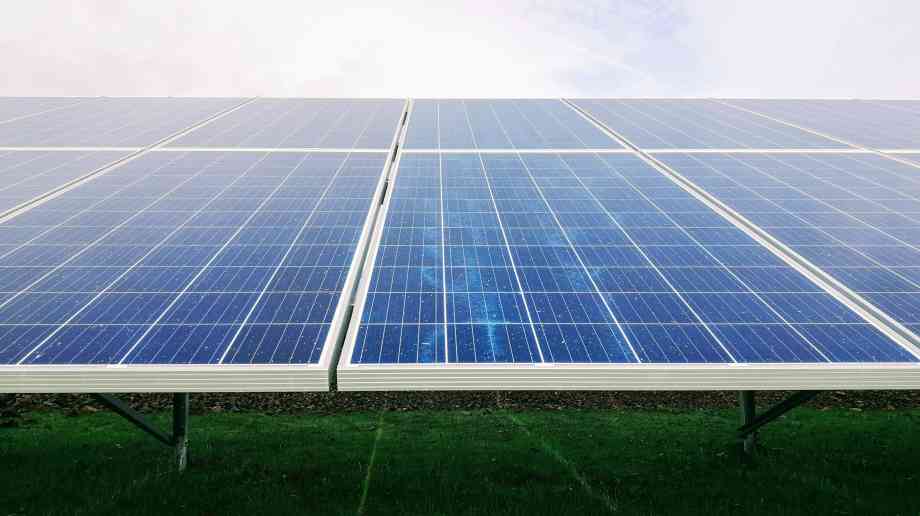 Polly Billington, director of UK100 - a network of local authorities committed to climate action, explores local clean energy partnerships and the benefits of generating energy near to where it is used as we progress towards Net Zero

Two examples illustrate the challenge we face as a country in meeting our Net Zero target of developing a carbon free economy by 2050.

The application to build a new coal mine in Cumbria feels like something out of another era. You don’t need a canary to warn you that pushing through a new coal mine nine months before the UK will host a UN summit on climate change is for the birds. There cannot be an exemption for some parts of the country from our Net Zero goals.

There is a need to create new jobs in communities like Copeland and other of the so-called Red Wall areas. But recent UK100 research published in conjunction with LSE and University of Leeds shows that in Cumbria alone, there will be 24,435 green jobs available for workers with existing skills as we shift to a low carbon economy. Even more jobs will be available for those willing and able to reskill and retrain.

The Red Wall could benefit from a green dividend. In total, over three million jobs are expected to be in demand or created as part of a shift to a green economy across a range of sectors. As many as 1.2 million of those could be created in the construction and manufacturing sectors. The construction industry has been one of the hardest hit in the pandemic, with 90 per cent of construction businesses having applied for the furlough scheme, second only to the hospitality sector. But retrofitting offers huge potential.

Lancashire is the area with the highest number of potential new construction and property jobs - with a total of 33,536 roles likely to be created or in demand.

The Countryside Climate Network
It’s not just in big towns and cities though. In Cambridgeshire, the county council is working to tackle their carbon emissions – both from the council’s own assets and in their rural communities.

The entire village of Swaffham Prior is planning to shift from oil to a renewable energy source. Using 130 boreholes drilled 200m below ground, the village will generate thermal energy through a district heating network – saving heating costs for householders and 47,000 tonnes of carbon emissions over 40 years. If this village-scale project proves successful, there could be a huge benefit for the 1.6 million households across the country that still use oil fired heating.

At the same time, Cambridgeshire is working with researchers at UCL to develop a procurement carbon calculator and code of practice to keep their climate ambitions on track.

When the county council started shaping their climate ambitions, one of the key things was to put together a carbon footprint file. As with many local authorities, they found that scopes one and two (more direct emissions), are fairly easy to figure out. But when it came to scope three, and particularly those emissions from procured goods and services, which formed the bulk of the council’s carbon footprint, it was incredibly problematic. In some instances, they just didn’t have the data. The new carbon calculator could provide a solution to other local leaders who want to push forward their Net Zero ambitions.

Cambridgeshire is one of over 50 councils who have signed the new UK100 pledge – to meet their local community’s Net Zero target some five years earlier than the national government. They have done so with the understanding that they can only deliver on that with substantial change to national policy to enable them to transform their communities.

The journey to Net Zero is not just one for big industry and urban areas. Which is why we set up the Countryside Climate Network – bringing together rural leaders – including mayors and council chiefs that will drive forward our carbon free ambitions. Places like Canterbury District Council in Kent, which has given its support to a ‘green hydrogen’ plant, drawing electricity from offshore wind farms to create hydrogen that will be used to power buses in places like London.

The scale of the challenge is immense
To give one example, the UK Green Building Council has estimated that to achieve net zero carbon by 2050, we will need to improve almost all of the UK’s 29 million homes, meaning we need to retrofit more than 1.8 homes every minute between now and 2050.

However, there are real concerns with the implementation of the Green Homes Grant scheme which provides funding of up to £10,000 to homeowners to make their homes more sustainable and energy efficient, and has so far failed to get anywhere near its stated target of retrofitting 600,000 homes.

The announcement in the Budget earlier this month of the UK Infrastructure Bank is to be welcomed – and was something UK100 members have been calling for: we want it to have a net zero mandate and offer development capital to local projects if it is  to kickstart the journey to 2050.

The UK100 Resilient Recovery Taskforce, a group of 24 mayors and local leaders, called for an expansion to local powers and a Net Zero Development Bank to enable the national Net Zero effort. A recent report we released with Siemens, showed how a £5-billion investment could unlock £100 billion in sustainable energy projects and help ‘level up’across the UK.

If done correctly and learning the lessons from the first green investment bank, the UKIB could achieve exactly this, mobilising private investment to rebuild our economy, while meeting our climate goals and building resilience into our communities.

To succeed it will need a strong development focus, a regional structure and a place-based approach that builds on the expertise in local government. That’s why it’s welcome to see it will be based in Leeds, the city where we started an 18-month series of events and discussions on how we can achieve a local, clean energy revolution.

In response to this challenge, we see next year’s COP26 summit as an important way of extracting those changes out of the government.

Change is already happening
When we set up UK100, our original pledge was all about councils switching to 100 per cent clean energy – but in the four years since UK100 officially formed, committing to clean energy has become easier.

Councils can switch to clean energy tariffs now – and while it may take a few years on procurement timeframes, it’s far simpler and cheaper affair than what it was a few years ago. It’s now all about changing how our whole energy system works.

From Cornwall to Glasgow, Cardiff to Belfast, change is already happening. Local authorities are working out how they can generate and store electricity, install electric vehicle charging points, decarbonise their fleets, procure electric and hydrogen buses, ensure their buildings are energy efficient – from council homes to leisure centres. It’s not a matter of if, but when.

But despite the progress, proven technologies and political will, the powers and the regulation are still a sticking point. The next thing that has to change is that our network’s political will is turned into more widespread, systemic delivery.

Local authorities cannot do it alone and require the government to work in partnership with them and provide the necessary financial, policy and political support to allow this ambitious local action on climate to flourish.

Across the UK, the move to a greener economy will create thousands of new jobs in every local community. It’s really important we don’t lose sight of this critical long-term goal - so the Prime Minister can meet his explicit goal of building back better.