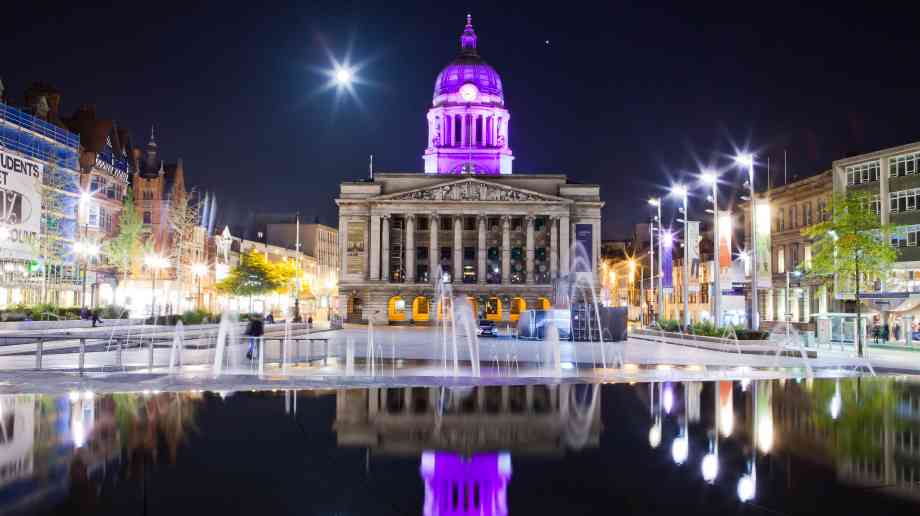 A city in transformation: Nottingham

Marketing NG discuss the business event opportunities in Nottingham, what the meetings industry in the city can offer for public sector conferencing, and how the tourism landscape in the region is shaping up for the end of 2019 and beyond

Steeped in legend and history and famed as the home of iconic outlaw Robin Hood, Nottingham is emerging today as an innovative, forward-thinking and fast-growing city. It is currently undergoing one of the biggest transformation programmes of any city in this decade, with £2 billion spent on the Southside area set to enhance its reputation as a world-class destination. This compact city is filled with world-class visitor attractions (such as Sat Bains, the UK’s best restaurant according to TripAdvisor) and unique conference venues, all connected by an award-winning public transport system consistently hailed as the UK’s best. It was also recently revealed to be the UK’s friendliest city following research by giffgaff, so leisure and business visitors alike can be sure of a warm welcome.

Nottingham’s Southside is undergoing an ambitious £2 billion development programme, which will revitalise the entry into the city from the railway station. The regeneration of this unique 0.5sq mile area is set to boost Nottingham into the top six UK retail centres, strengthen the local economy, create thousands of jobs and attract more visitors to the city. It includes a transformed intu Broadmarsh shopping centre, state-of-the-art Central Library, new bus station, retail units and a new ‘City Hub’ college campus, and the surrounding developments will provide office space, accommodation units, creative trade floorspace, hotel and retail space.

Overlooking Southside from its vantage point on top of Castle Rock is the iconic Nottingham Castle, which is also undergoing an unprecedented £30 million regeneration to transform it into a world-class heritage destination. The enhanced visitor experience will include an interactive, virtual reality Robin and the Rebels experience, guided cave tours, a new visitor centre, ambitious landscaping, a unique passenger lift through Castle Rock and new exhibitions and collections. Over in Sherwood Forest, a £5 million visitor centre, managed by the RSPB opened in 2018, providing a dramatic modern gateway to this ancient forest. Nottingham Forest FC have also announced ambitious multi-million-pound plans to redevelop their city ground stadium, introducing a variety of new world-class facilities, including conference facilities, and increasing the capacity to 38,000.

The ideal business hub
Visitors can explore the area with ease by using the award-winning and comprehensive public transport network, which has long been a source of great pride for the city. In 2010, Nottingham was named England’s least car-dependent city, with its award-winning bus services, a European-style embrace of the tram and a bias against out-of-town shopping centres cited as powerful incentives for visitors to Nottingham to leave their cars at home according to a report by the Campaign for Better Transport. The growing tram network is the most used per head in the country, and Nottingham City Transport has the largest bio-gas double deck fleet in the world. This enables rapid access and congestion free movement, making it an ideal business hub, and all local amenities are within walking distance throughout the compact city centre, making travel even easier. 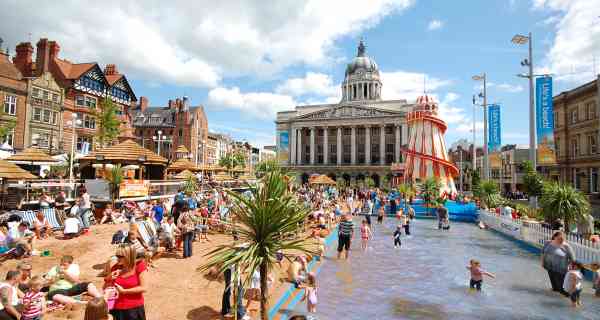 Nottingham is the biggest business centre in the East Midlands and is the region’s only Core City. It is home to major brands like Experian, Boots, Center Parcs, Speedo, Wilkos, Capital One and Paul Smith. These businesses, along with a new generation of creative enterprises, place Nottingham as a major centre for business growth; indeed, in 2017 Nottingham was named the top city for small business growth, outperforming the wider economy. The city has fast-growing FinTech and life science sectors and was identified as one of the top 10 creative cities by CBRE in 2018, which recognised the growth of employment within the creative and digital sectors in Nottingham.

The universities have supported various major projects in Nottingham, such as BioCity: an ambitious business incubator supporting the growth of life-science businesses, one of the first of its kind.

The city has played host to several major conferences in Nottingham in 2019, particularly in the healthcare sector. Thousands of business visitors attended conferences including the Rotary Club’s national showcase weekend, the British Association of Paediatric Surgeons’ 66th annual international congress and the UK Clinical Research Foundation Annual Conference, while later in the year the city will host the Oncoplastic and Reconstructive Breast Surgery International Scientific Meeting and the Royal College of Psychiatrists Trent Division Annual Conference.

These conferences and many more are delivered with the support of Meet in Nottingham, which provides a range of event services and support, acting as a single point of contact with venues and hotels to make planning and delivering events as easy and hassle-free as possible. The team is always on hand to assist with ideas, rate negotiation and familiarisation tours to help event organisers to find the best venue for their requirements - and offer all of these services completely free of charge.

Nottingham venues
The Meet in Nottingham team will introduce organisations to the wealth of world-class venues in Nottingham; events can be hosted in anything from a cave to a castle and a church to a courtroom or a science centre. There are a wide range of venues of all shapes and sizes, from the 10,000-seat Motorpoint Arena to Grade II listed 450-seat city centre conference centre Nottingham Conferences, to a plethora of intimate meeting rooms, as well as a fantastic collection of unique and inspiring venues. 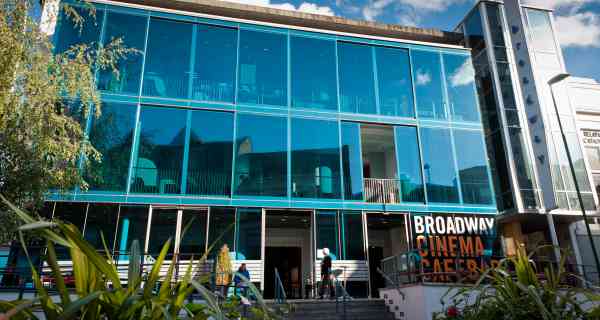 Business and leisure visitors alike can enjoy Nottingham’s world-class attractions, extensive shopping, fine dining, its eclectic mix of cultural and entertainment options and lively nightlife scene. Visitors can experience live theatre, musicals, operas and dance performances, amazing sightseeing such as the National Justice Museum, City of Caves and the Robin Hood Town Tour, or enjoy a cocktail in one of the city’s famous underground cave bars.

Nottingham has over 300 restaurants offering a mix of international cuisines to suit all tastes and budgets, from the highest rated UK restaurant on TripAdvisor, Restaurant Sat Bains, to the oldest pub in England, Ye Olde Trip to Jerusalem, to the UK's only pub with a canal running through it, the Canalhouse. Nottingham is one of the few cities to be accredited with a Purple Flag award for its variety, safety and cleanliness, so guests can be sure of an enjoyable visit to this thriving, vibrant city. Meet in Nottingham can book leisure packages for business visitors, with activities such as wine tasting, spa sessions, golf and much more.