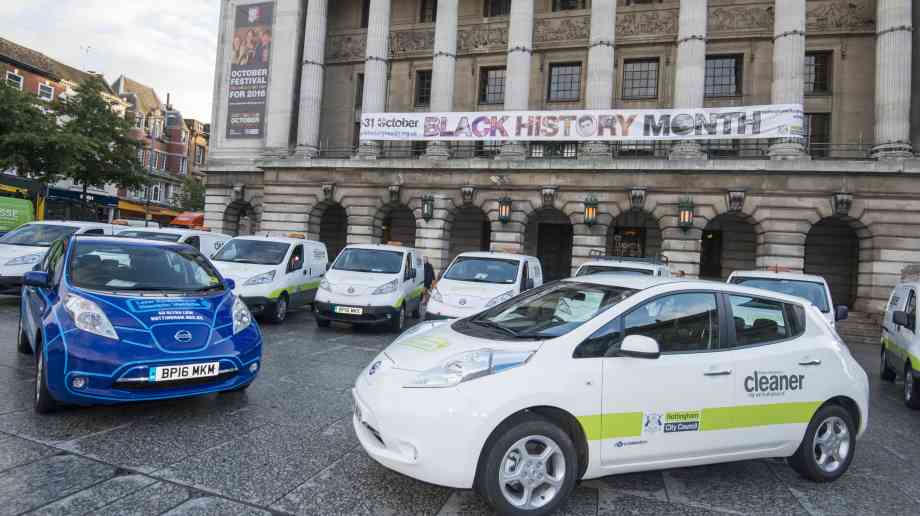 Sally Longford, Portfolio Holder for Neighbourhood Services and Local Transport at Nottingham City Council, explains how the authority is exploring a transport agenda to improve air quality in the region

Air pollution is a problem in all cities, not only in the UK but around the world. The clean air agenda is a big priority for everyone, from businesses and local councils, to governments and world leaders.

At Nottingham City Council, we’re committed to improving air quality in the city through a series of ambitious projects that will result in cleaner air for our citizens. Regular air quality monitoring across the city has shown the levels of harmful pollutants to be above the amounts deemed safe by the World Health Organisation, and the limits set by central government.

For us, the problem is mostly concentrated in a handful of hotspots but it’s something we take seriously and are making strenuous efforts to improve. Without the action to tackle congestion that we’ve already taken, pollution levels would be much higher.

We realised early on we can make the biggest impact on pollution levels by providing high quality, more sustainable alternatives to the car, enabling people to move away from petrol and diesel-power and get around in a cleaner, greener way. We’re proud of our pioneering work in this area, which has resulted in an award-winning public transport network, including electric trams and buses.

Nottingham is well known for excellent public transport, including integrated bus and tram services. Not one to rest on our laurels, we’ve been investing in low emission and sustainable transport for some years, and many of the city’s bus passengers will have ridden on a bus powered by electricity or biogas.

These developments have been possible thanks to the Workplace Parking Levy, which continues to fund service improvements on a city-wide scale. By introducing a charge on employers who provide parking at work, there is incentive to consider more sustainable travel options, and so reduce congestion. Since its introduction in 2012, the income from the levy has enabled us to develop and extend the NET tram network, which now has more than 30 trams, and introduce 56 electric buses serving our ‘Link’ network. These provide vital services to people wanting to get into the city to shop or work, for education and for healthcare, and include our park and ride sites.

In addition to this, we’ve supported Nottingham City Transport – the city’s largest bus operator – to introduce more than 50 biogas vehicles. Together, these initiatives have all contributed to helping the council exceed our climate change target four years early, reducing carbon dioxide emissions by 33 per cent from 2005 to 2016. But there is still a lot of work to do.

ULEV-friendly city
Supporting the take up of electric vehicles is one of our biggest projects at the moment. We’re leading the way in becoming an ultra-low emission vehicle (ULEV) friendly city, creating a smarter, more sustainable environment, with reduced congestion and improved air quality. The best way to lead is by example, and we began investing in ‘greening’ our own fleet several years ago. We’re already well on the way to making sure at least 20 per cent of our fleet are ULEVs before 2020.

In recognition of the council’s commitment, in 2016 we were awarded Go Ultra Low company status from the government and successfully bid for £6.1 million funding from the Office for Low Emission Vehicles to support the uptake of more environmentally-friendly transport. While we continue to practise what we preach, our next steps are to engage businesses and the wider public with lower emission vehicles - our role is to ensure the infrastructure and information is there to make ULEVs a viable option.

As the owner of an electric car myself I’ve seen firsthand the benefits and cost savings they can bring, but I’m also well aware that a lack of chargepoint infrastructure is one of the main barriers to greater ownership of electric vehicles. With this in mind, our largest investment is the development of a network of around 230 charging points in Nottingham, Nottinghamshire and Derbyshire to cater for the growing number of electric vehicles we expect to see on our roads, and to encourage others to make the change.

We launched our Taxi Strategy earlier this year to modernise the taxi fleet and improve the offer for customers, not just around comfort and safety, but also around the environmental impact of taxi emissions. We aim to have the newest and most economical fleet of hackneys in the country by 2020 and, with £702,000 funding from the Office of Low Emission Vehicles, we’re installing 32 connection points from early next year to help remove obstacles for taxi drivers to convert their vehicles to low emission.

A new policy means that all taxis licensed in Nottingham must be either Euro 6 or ULEV by 2020, and a new government Plug-In Taxi Grant will allow vehicle dealers to claim a grant, making the vehicles cheaper for drivers. We’re also looking at bidding for money to buy electric taxis, which we can then lease to taxi drivers.

More appealing and more affordable
In Nottingham, it’s predicted there will be around 8,000 electric cars by 2020, and that number is only going to increase as government progresses its plan to ban the sale of new petrol and diesel cars by 2040.

We’re working with Nottinghamshire County Council and Derby City Council to support businesses and the wider public so that ULEVs are a realistic choice for them. Some of our work is around myth busting – addressing the misconceptions that exist around electric vehicles. We already have a great network of enthusiasts in the city – known as our ‘ULEV Champions’ – and employers on board who are helping to spread the word.

A common criticism of promoting low emission vehicles is that not everyone can afford an ULEV, and this is true. However, only be encouraging those who can to make the switch to a more environmentally-friendly car can we gradually open up a second hand market, making ULEVs more affordable over time.

That being said, everyone shares in the benefits of ULEVs. Those who don’t need a car, or can’t afford to invest in an ULEV, can enjoy cleaner air as a result of less polluting cars on our roads. In Nottingham, we have two key areas that are recorded as exceeding the air quality threshold, both of which are near trunk roads. If we can reduce pollution from transport emissions in those areas, communities living near those roads will really benefit.

One way of reducing pollution on our major roads is to help businesses and employers who operate large fleets in the area. Our recently launched Workplace Travel Service offers advice and financial support to businesses to spend on measures that will reduce their emissions, ranging from installing EV charge points at their premises to facilities such as cycle shelters and showers, to encourage staff to consider more sustainable ways to travel.

Working with local dealerships, we also offer businesses a ‘try before you buy’ option, so employers can get a sense of how ULEVs can work for them.

Clean Air Zones
Another way to reduce pollution on major routes is through Clean Air Zones. In December 2015, the Department for Environment, Food and Rural Affairs (DEFRA) identified Nottingham as one of several cities needing to take measures to tackle air pollution. The department identified nitrogen dioxide as the main problem for air quality, and the main source of this pollution is the transport network, in particular diesel and petrol vehicles.

Initial analysis carried out by DEFRA showed that Nottingham, along with several other cities, is unlikely to comply with legal limits for the levels of nitrogen dioxide by 2020 and, as a result, we’ve been asked to implement a Clean Air Zone. This would set a charge for vehicles that emit over a set limit, and would most likely affect heavy goods vehicles. We’re currently carrying out a series of studies to explore our options, and will be setting out our proposals early next year.

In another example of leading the way, next year we’ll be opening the UK’s first shared priority lane for buses and ULEVs. Located on one of the key corridors into the city centre, the lane will be open to drivers of ultra low emission vehicles, providing further incentive to invest in greener, cleaner technology, and easing congestion on a major route into the city.

Of course there’s only so much we can do locally, and we are reliant on central government to continue to invest in infrastructure nationwide. So far, the signs have been very positive, but we need further financial support to continue to make progress.

Meanwhile, we will continue to focus our attention on improving local and regional infrastructure for ULEV motorists, further developing our public transport network and carrying out studies into Clean Air Zones to provide high quality alternatives to conventional vehicles, reduce pollution and allow all our citizens to benefit from cleaner air.

This article first appeared in the Government Business In Focus fleet supplement.