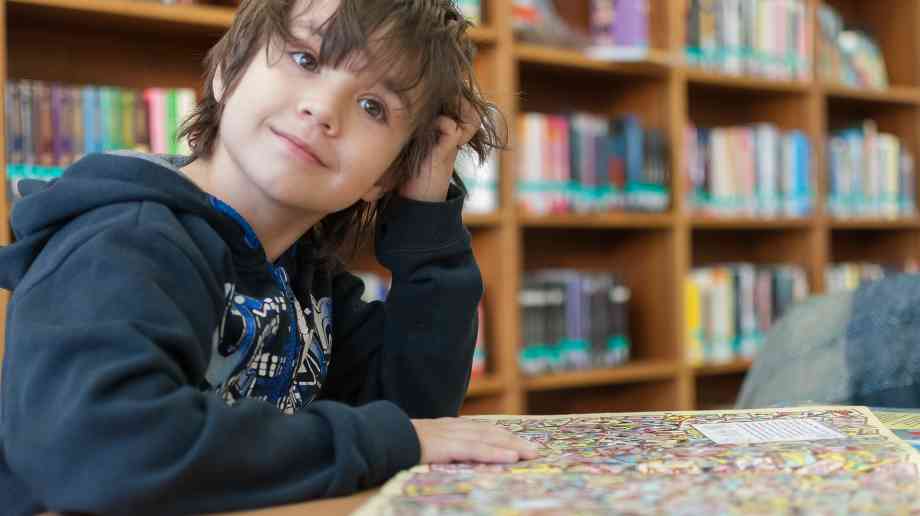 The avenues of opportunity available at your library

You hear library and you instantly think cuts and closures. But, as Ian Anstice explains, there are plenty of examples of where innovation and investment are making a difference

Public libraries are undergoing something of a renaissance worldwide. The number of visitors is increasing in countries as large as the USA and as far away as Australia. In these countries, investment and imagination are making libraries real living rooms for the community, with the buildings having luxurious sofas to relax in, technology to borrow and even a baby grand piano or two. To celebrate a century of independence, Finland did not erect a statue. No, they built a big new library called, fittingly, ‘Ode’. In a country of 5.5 million people, the €98 million investment will make sure that the 68 million books issued annually there will only increase in the future, with immeasurable benefits for literacy and the economy.

Meanwhile, in England, there are some superb new libraries now available for all. Some of these approach being palaces. Visit Manchester Central Library some time and be blown away by the marble and mosaics. Then go upstairs and catch a game of table football, play on the free piano (not a grand, alas, in this case) or talk about how to make a profit at the British Library Business and Intellectual Property Centre based there. Or go to StoryHouse in Chester and catch a top-notch play before having a meal in the restaurant and borrowing a book from the shelves lining the walls, while your children have a story read to them in the den. These are beautiful places, as good as any that the rest of the world has to offer. And the number of visitors there can be double the same figure ten years ago.

The impact of the internet has naturally meant fewer reference enquiries – librarians don’t get asked for the population of France as much – but it has also led to a great deal of people needing to use computers. Libraries see thousands of jobseekers, each year, who need to have online access. In addition, these people often need help setting up an email address and how to look for work. That’s where the library on the street corner comes in. Senior citizens come in and want to contact their far-flung families as well. The computers and assistance that a well-funded library, with trained staff, can give these people are immense. Wi-Fi is free in almost all libraries – although it could be made a lot easier to access in a few – and there’s a move towards wireless printing too. Speaking of technology, there has been an explosion in code clubs for children in libraries, with the basics being led for a technologically literate society in years to come. And in these days of Fake News, there’s a real and expanding role for public libraries in teaching people how to work things out for themselves, by teaching them how to untangle propaganda from reality.

One of the things about public libraries is how much they change while seeming to be the same to those who walk by. There weren’t many computers knocking around there in the 1990s, yes, but the change is also in other, more subtle, ways. For instance, there are thousands, literally thousands, of reading groups attached to libraries now compared to almost none 20 years ago. Libraries don’t only provide space for these people but also space and books. And reading groups come in a wide variety. It’s not all Richard and Judy. There are groups for health and well-being, with attenders being encouraged to read out loud and make new friends. There are also conversation groups for those who do not have English as a second language. Libraries are ideal for this. They’re not as scary as a college or a clinic and they’re everywhere, with over 5,000 in the UK.

And there is such variety too. One of the most awesome things recently has been the expansion of children reading to dogs. Yes, dogs. It works: the dog is patient, sits and just looks on. The child has a non-judgemental listener and looks forward to seeing the dog. Librarians are already looking at expanding this further. Do not be surprised if your library starts offering a coffee morning shortly with a dog in attendance for those who miss having a dog at home some point soon.

And if you think that is cute, well, let me explain toy sleepovers. This is where a child drops off a favourite teddy overnight and the library takes photos of it playing with other toys in the library, perhaps having a story read to them or being tucked into bed. The child then comes to collect the toy a day or two later and is presented with photos of what the toy got up to, along with a suggested book the toy ‘enjoyed’ while it was away. Very few people do sweet combined literacy as well as an imaginative library staff.

So, what about ebooks?
Surely the rise of ebooks means the day of the library has gone? Well, ebook usage is slowing for a start. It’s around a fifth, just a fifth, of the marketplace for books, and its proportional growth, by some measures, has almost stopped. Even on trains, full of people with money and tech, it’s common to see someone reading a printed book. But most reading is not done on trains. Reading is more of a domestic activity and, there, it appears, people prefer paper. And, with a new hardback book costing sometimes £20 plus, obtaining the title at the library either for free or for a small reservation fee makes a lot of sense. Someone said somewhere that libraries provide more books that are actually read than all the bookshops combined, online or not. This is because libraries provide books that people actually want to read while a fair proportion of books bought – and Christmas is a dominating time of year – are for presents and are often left unread. But, having said that, it’s a rare library service nowadays that does not offer e-books for free.

One of the keys to understanding library use is that library use is function of how much time people have and how much money they possess. If you have no time and lots of money then a public library is blatantly not for you. You will buy what you want and avoid taking the time out of your doubtless busy life to visit the library or jump a hurdle of two to borrow online. Good for you. It must be nice being such a small proportion of the population. Public libraries have never been for those people, except in the most enlightened sense that they provide equality of access to information, community and imagination for everyone else. This is, after all, why they were set up in the first place. The hard-nosed Victorians did not create them because they were nice people. Victorians were, by and large, not lefty liberals. No, they did it for sound economic and social reasons, to provide education and avenues of opportunity to those who would be less useful otherwise.

So, this whole article has not mention budget cuts or library closures once. Read elsewhere if you want to know about the very real problems that those are causing. That’s because I wanted to give you a guide to what a library could be and, if well-funded, is. But spending has a direct impact on library use, as the reduction in funding and visitors in too many parts of the UK show. All else being equal, the more time and less money you have, the more likely you are to use the library. The local branch does not charge per hour or look askance at someone studying all day or chatting with friends without buying a cappuccino. This makes it ideal for the child, the parent, the jobseeker and the retired. But, also, something else is at play. Remember the examples at the start of the Finnish library and Manchester or Chester? Well, those are places with a lot of investment and so they’re beautiful places to visit. The more attractive you make a library, the more likely those with less time and more money will go in. If you can serve a good coffee in beautiful surroundings, with free activities for the kids, you can get an upper middle class library, as the Scandinavians have proved so well over the decades. And the best library is one that is there truly for everyone, with all of the imaginative activities in full swing. Plus a quiet easy chair. And a book.

That should not be out of the question for a country as wealthy as the UK. Especially if want to keep it as prosperous as it is now. Or those countries spending more, oh so much more, than us on libraries will get further ahead. And, one day, you may find yourself, too, with lots of time and not much money … and not have a library near you.