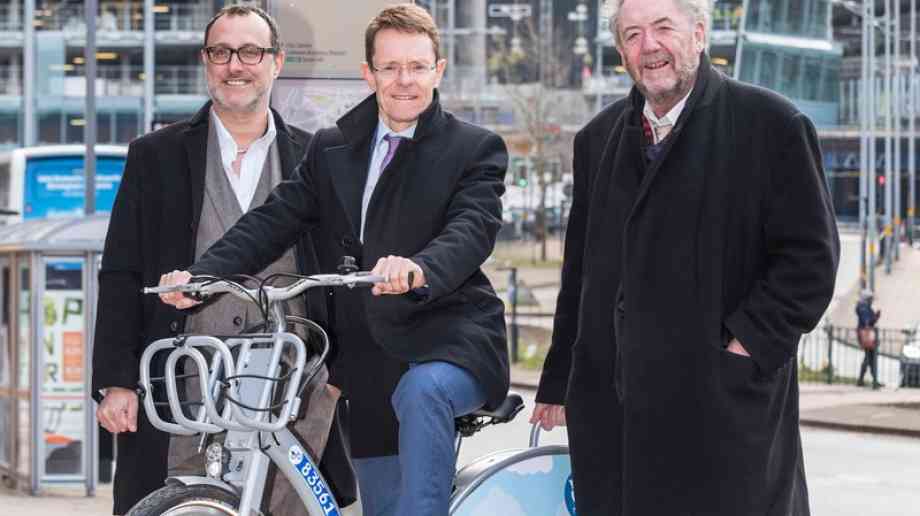 Set to be in streets across Birmingham, Coventry and Wolverhampton by September this year, 2,000 will be installed with a remaining 3,000 then set for phased rollout across Walsall, Sandwell, Dudley and Solihull in 2019, meaning each of the local authorities who are partners in the scheme will have bikes.

Docking stations will be located around key sites in the towns and cities involved, with bikes available 24 hours a day. Annual membership to the scheme will cost just £30 per year, meaning riders can access the bikes for as little as 8p per day.

Andy Street, Mayor of the West Midlands, said: “Cycling has an important role to play in tackling issues such as congestion, air pollution and health so I am really pleased we’ve reached the stage of announcing who will run the scheme in the West Midlands from September. Here in the West Midlands, our public transport is currently undergoing a revolution with new Metro extensions, plans to reopen rail routes and transform existing stations and new rapid transit bus services. The bike-share scheme will help support this, giving people options to use sustainable transport as part or all of their journey. I’m really looking forward to later in the year when we will have the first of these bikes on the streets in the West Midlands.”

Julian Scriven, nextbike UK MD, added: “We’re absolutely thrilled to be bringing nextbikes to the people of the West Midlands. We are able to offer the most technologically-advanced and forward-thinking bike-share scheme and fleet in the UK and it’s amazing that the people of Birmingham, Wolverhampton, Walsall, Sandwell, Dudley, Solihull and Coventry will be able to benefit from it.

“The interconnectivity it will offer is going to be brilliant, it will really help to make journeys across the Midlands seamless. We will be creating more than 50 new jobs across the area and we will be partnering with the Walsall-based Steps to Work charity to help fill the roles. They work with long-term unemployed and young people currently not in education or employment amongst others, and these are groups that we are passionate about reaching, retraining and recruiting here at nextbike.”