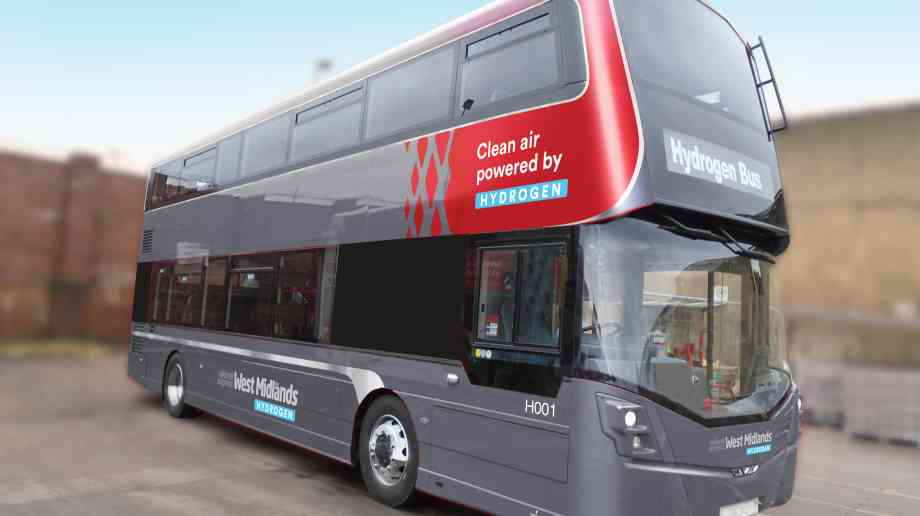 The buses, which are made by Wrightbus and are the world's first zero-emission hydrogen fuel-cell double deckers, will be introduced with National Express West Midlands from April 2021. It is hoped that the pilot will be the catalyst for the next generation of hydrogen buses, hydrogen production and re-fuelling infrastructure development.

Hydrogen buses consume four times less fuel in comparison to standard diesel buses, covering 300 miles on a single tank and with the ability to refuel within 7-10 minutes. They emit water vapour, meaning no carbon dioxide or other harmful gases are being pumped in to the air.

Seen as another solution to tackling the city’s poor air quality and a key step towards achieving the council’s net zero carbon target, each bus is expected to save up to 79.3 tons of carbon dioxide emissions per annum.

Waseem Zaffar, Birmingham City Council’s cabinet member for Transport and Environment, said: “I’m delighted that we will be introducing hydrogen buses to Birmingham next year. Fuel cell buses offer a practical solution for cities to decarbonise public transport and immediately improve air quality. It has taken us two years to get to a point where we can ensure commercial viability for this type of fuel cell technology and is great news for our city and the rest of the region.

“This pilot is a significant step towards our net zero carbon target and will provide Birmingham with a leading role in informing debate on supportive policies for zero emission public transport at a local and national level.”