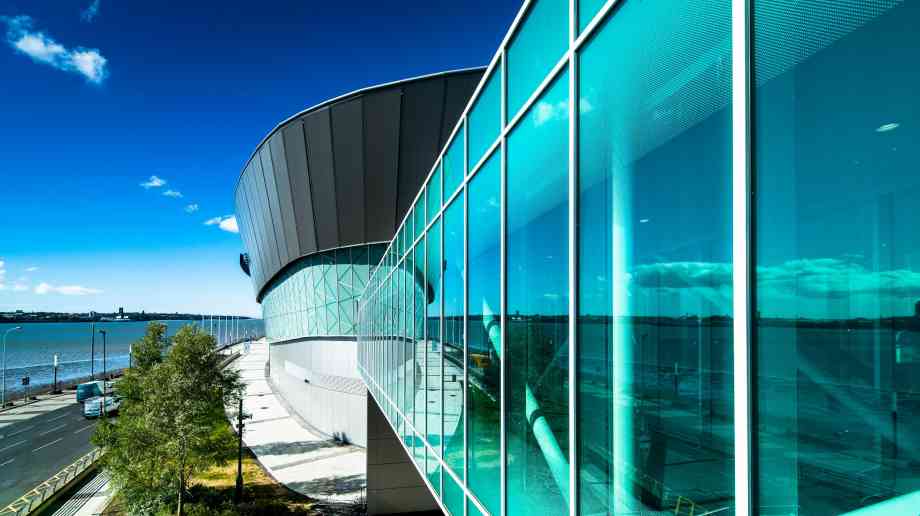 All the ingredients for affordable conferencing

The Liverpool Convention Bureau looks at the conference and events facilities on offer in the Liverpool area, with a focus on how the public sector could benefit from holding their events in the region

Liverpool is popular with meetings organisers because of the variety on offer; there’s the bar-raising conference centre on the waterfront, the modern art institution that plays host to meetings next to Picasso and Pollock, the world-renowned football stadium or the former warehouse that is now a destination in itself.

All of this is packed into a relatively small space, which makes walking the quickest (and most enjoyable) form of transport. Liverpool has all the ingredients organisers look for to ensure that their event is easy to organise and affordable - giving delegates the best experience both inside and outside their event.

ACC Liverpool is an international conference centre situated at the heart of Liverpool’s waterfront and just a stone’s throw from the popular Albert Dock area, which has revolutionised the city’s conference offer since it opened in 2008. Over the last nine years it has established a reputation for catering to public sector meetings and conferences of all sizes, with a 1,350 seat auditorium, tiered seating for up to 10,000 delegates and 21 meeting rooms. Clients include Cyber UK in Practice, the Labour Party’s annual conference and Liverpool City Council, which has held its leaders’ conference there several times.

The venue’s offer was further enhanced with the launch of Exhibition Centre Liverpool, the city’s biggest development for exhibitions and conferences since the original ACC Liverpool opening. Connected to the existing ACC Liverpool complex by a bridge, Exhibition Centre Liverpool offers 8,100 sq. m. of flexible and accessible space, comprising three separate and sub-divisible halls, each 2,700 sq. m., which can be used separately or in combination.

In its first 18 months it has welcomed a diverse range of events, including many public sector meetings. One of the biggest events it has hosted to date was the International Festival for Business in June 2016, when it played host to 80 events and welcomed thousands of delegates from around the world over a three-week period. The success of the venue meant that the team will return for the festival from 12-28 June 2018. Exhibition Centre Liverpool is also integrated with a 216-room Pullman Hotel. The pedestrian bridge which links the three venues means it is the only purpose-built interconnected arena, convention and exhibition centre in Europe.

Popular arts destinations
A mile or so up the river is the Rum Warehouse, which opened in June 2014 to restore one of the city’s most recognisable buildings that had lay unused for many years. It has more than 1,200 sq. m. of event spaces, meaning it is a popular choice for meetings of up to 1,000 delegates. The original features have been carefully restored and the whole venue is flooded with natural light and views over the serene dock.

One of the Rum Warehouse’s biggest assets is the attached Titanic Hotel, which has established itself as one of the most popular in the city and means that delegates can have a seamless experience, as well as saving on transportation costs between accommodation and meeting venue.
The city is well known for its culture, with more national museums than any other UK city outside of London. What is less well known is that all of these museums can be hired for meetings and conferences, offering some truly unique backdrops for your event.

Options include the Museum of Liverpool itself, a stunning £72 million structure at the heart of the waterfront, between the Three Graces at the Pier Head and Albert Dock. With its modern galleries overlooking the Mersey, it can host up to 1000 for a drinks reception or 200 in theatre style.

The Merseyside Maritime Museum is also blessed with terrific views over Albert Dock itself and the rest of the Waterfront, and up to 150 diners can enjoy the food offered by the acclaimed Maritime Dining Rooms. Elsewhere in the city are the classical surroundings of World Museum, Walker Art Gallery and Lady Lever Art Gallery in picturesque Port Sunlight.

The use of prominent arts venues for meetings is a recurring theme across the city. When the new Everyman theatre was opened in 2014, it won acclaim from audiences as well as the RIBA Stirling Prize, for the UK’s best new building. It also attracted a lot of interest from meetings organisers looking for a stunning, award-winning backdrop that is truly emblematic of the city.

A short walk away from the theatre is FACT, a contemporary digital arts centre and cinema. As you’d expect, FACT’s AV credentials are top notch, and it’s particularly popular with meetings making heavy use of visuals. Then down on Albert Dock is Tate Liverpool, the home of modern art in the north. In its distinctive river-side gallery, small meetings and drinks receptions mix with artwork from the likes of Picasso, Matisse and Man Ray.

Another iconic venue on the city skyline is the Royal Liver Building, the most recognisable of the Three Graces and home to the infamous Liver Birds. On its first floor is The Venue, an extremely malleable place for meetings and events which can accommodate up to 200 guests and offers breathtaking views over the Mersey.

An educational offering
Liverpool is home to three universities – University of Liverpool, Liverpool John Moores University and Liverpool Hope University. All three offer conference facilities which are very popular with public sector clients due to their affordability and flexibility.

University of Liverpool offers year-round availability and a choice of location, either a few minutes’ walk from the city centre or four miles away in a peaceful suburban parkland setting. The MIA Silver accredited Foresight Centre is just five minutes’ walk from Liverpool Lime Street, the city’s main train station, and combines historic original features with the latest AV technology and video conference facilities across its 14 meeting rooms.

In addition, the university has a recently refurbished Guild of Students, hosting dinners for up to 300 people and main plenaries for a maximum of 900 as well as multiple theatre, seminar and exhibition spaces. In the summer months, it can even offer accommodation in student flats in-between terms, giving an easy option to organisers.

The Knowledge Quarter project (http://www.kqliverpool.co.uk/) is a massive development in the city, bringing together health institutions, research and science companies, and has further established Liverpool’s seriousness as an education and innovation hub. One of the big news items so far is the Royal College of Physicians opening their northern headquarters in the area.

Liverpool has plenty to offer for delegates in their downtime outside of the conference. It’s all extremely compact and walkable, and contains more national museums and galleries than any other UK city outside of London – all of which are free to enter. This is in addition to galleries such as Tate Liverpool, FACT and The Bluecoat.

Spectacular settings
Liverpool is also well equipped for conference dinners. Liverpool Cathedral is perhaps the most spectacular setting, regularly being transformed into a venue for dinners seating up to 1,000 people. Its neighbours on Hope Street include Liverpool Metropolitan Cathedral, the Philharmonic Hall, the Everyman theatre and a host of the city’s best bars and restaurants – all of which are well suited to conference dinners and offer an excellent way for delegates to spend time too.

Of course conference organisers must also look at accommodation - whether you want a posh bed for the night, a country house hotel or are working on a tight budget, Liverpool has it all. Titanic Hotel isn’t the only hotel connected to a conference venue. The newest in the city is Pullman Liverpool, next to ACC Liverpool. The 4-star hotel is an ideal spot for delegates attending conferences at ACC Liverpool. Although it specialises in business travellers, it is also an ideal location for exploring the city in downtime, located just next to Albert Dock and Liverpool ONE.

Liverpool also has all the big-name hotels. In the commercial district there’s Radisson Blu, a contemporary four-star hotel Titanic Hotel, Stanley Dock with fantastic facilities. Along the waterfront, Hilton Liverpool is situated in a landmark building, ideally located for venues such as ACC Liverpool and FACT while Malmaison, Crowne Plaza and Holiday Inn Express all have waterfront options.
Increasingly, conference organisers are looking at alternative to traditional hotels. One of the popular options in Liverpool is serviced apartments, of which the city has a wealth of options. Try BridgeStreet in Liverpool ONE, the Richmond or Epic, which has premium-yet-affordable options in the historic Ropewalks district.

Beyond that, venues outside the city centre cater for lots of team building and away days – think the grandeur of Thornton Manor, the 18-hole golf course and spas of Formby Hall and the facilities of Liverpool Hope University’s suburban campus.

We realise this is a lot of information, but Liverpool Convention Bureau is here to help you. We have years of experience working with public sector clients. For each meeting or conference we offer services including finding a venue and booking accommodation, helping to develop your bid, and arranging familiarisation visits.

If you’re interested in bringing your meeting or conference in Liverpool, let the Liverpool Convention Bureau know on conferences@visitliverpool.com