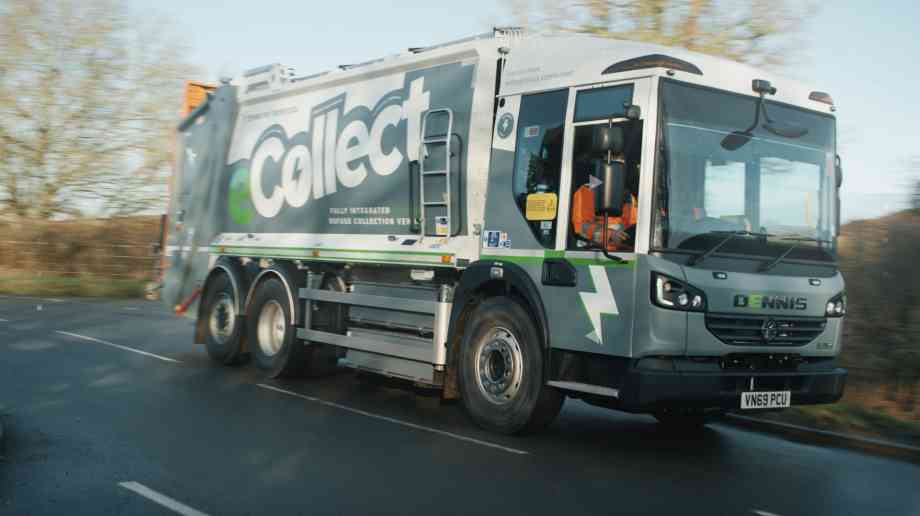 People in Cambridge and South Cambridgeshire will soon see an electric bin lorry collecting recycling, after the shared waste service between the area's two councils purchased one.

The fully electric Dennis Eagle ‘eCollect’ has been bought for use by the Greater Cambridge Shared Waste Service – a partnership between South Cambridgeshire District Council and Cambridge City Council. The council service will be one of the first nationally to have one of the green vehicles which have zero emissions and contribute to better air quality when out on the road.

The current diesel vehicles that collect recycling and waste across Cambridge City and South Cambridgeshire are among the largest emitters of CO2 at both councils. The Shared Waste service has around 55 collection vehicles and plans to replace them all with electric or hydrogen lorries as the existing trucks come to the end of their working lives.

The new Dennis Eagle ‘eCollect’ costs around £400,000, with councillors expecting the whole-life cost to be at the very least the same – if not less – than a diesel vehicle, when you take into account reduced servicing, fuel and general running costs. It typically takes around 7 to 8 hours to recharge and can easily complete a full day of collection rounds and return with charge remaining in the battery.

Rosy Moore, Cambridge City Council’s executive councillor for Climate Change, Environment and City Centre, said: “Our Shared Waste Service eventually aims to replace all bin lorries with zero emission options - by 2028 at the latest. As well as reducing our carbon emissions, electric vehicles also contribute to cleaner air and given our focus on air quality, this is another reason we’ve made this purchase. It’s an exciting new technology but inside the lorry itself it is quite like what we already have. So, we know our crews will quickly become familiar with it. As well as electric vehicles, we’re also investigating the possibility of testing vehicles that are powered by hydrogen in future too. We’re committed to doing what we can to cut our own carbon emissions and decarbonising our waste fleet will be a big step towards this.”