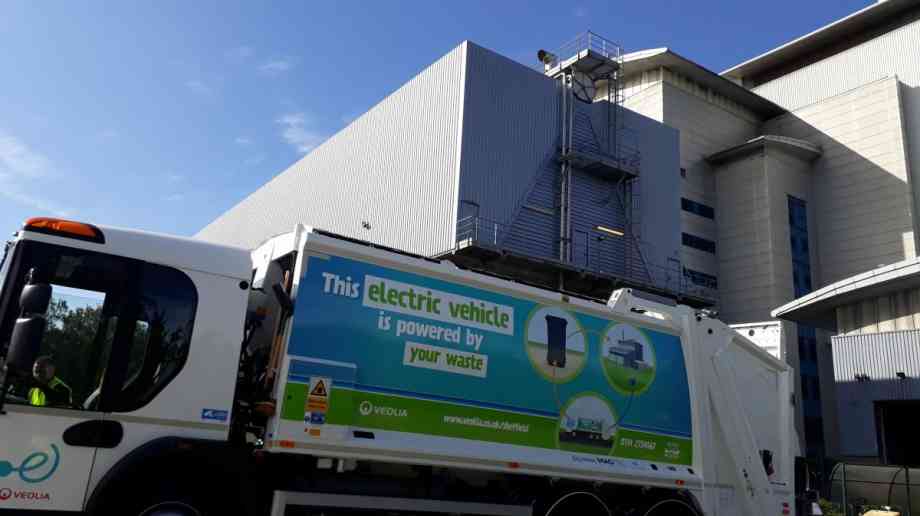 Sheffield City Council has announced its trial of electric bin lorries powered by the very waste they have collected, in what is being billed as a world-first for a local authority.

The unique project has taken a total of four used refuse collection vehicles, which would have been destined for the scarp yard, and re-fitted them to be powered by battery. The re-powered lorries, manufactured by Sheffield-based-company Magtec, have zero carbon emissions and produce no air pollution.

The vehicles for the city will be powered by energy produced at the city’s Energy Recovery Facility, generated by processing the city’s black bin waste into energy.

Mark Jones, cabinet member for Environment and Climate Change, said: “This is an amazing, innovative project that puts Sheffield and the region at the forefront of green technology. Using local expertise, we are piloting a new repowered 26-tonne bin lorry which is powered by the electricity produced by the waste it collects. We believe we are the first Local Authority ever to do this, putting Sheffield at the forefront of the green energy revolution.

“Our city is working hard to deliver clean air and green jobs. We are rightly proud of projects such as this alongside our own proposals for a clean air zone to cut nitrogen dioxide. I’m looking forward to seeing this bin lorry and another set to be delivered soon powering up Sheffield’s hills and leading the way for a new approach to tackle climate change and poor air quality.”

The project is part of a £2.6 million national scheme to accelerate the transition to zero emission heavy goods vehicles funded by Innovate UK. Sheffield’s project is made up of six partners including Veolia which will be responsible for operating the vehicles in the city as part of its waste contract with Sheffield City Council.