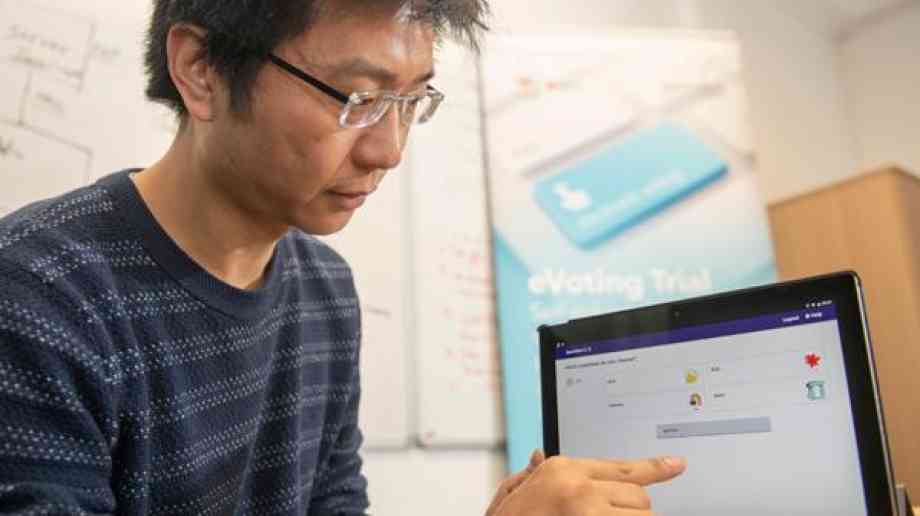 A trial of a new system that could completely revolutionise elections has been used in Gateshead this year alongside the regular voting at the local elections.

Although people won't actually use it to vote, the prototype e-voting system, in which the traditional ballot paper is replaced with modern touch screens, is being carried out by Dr Feng Hao, Professor of Security Engineering at the Department of Computer Science, University of Warwick. Dr Hao asked Gateshead Council to help with user testing of his prototype touch screen-based system as part of its development.

If developed, an electronic voting system could revolutionise the elections process, perhaps offering the capability of providing live reports on voter behaviour throughout election day, and it could even do away with the need for an election count where each ballot paper is individually and carefully checked by a poll clerk.

Hao says: "After six years of research it's thrilling to see verifiable e-voting in polling stations being trialled in Gateshead. Hopefully we will provide useful case studies to the voting law here in the UK, which is basically unchanged from over a hundred years ago and has not accounted the many developments of modern digital technologies."