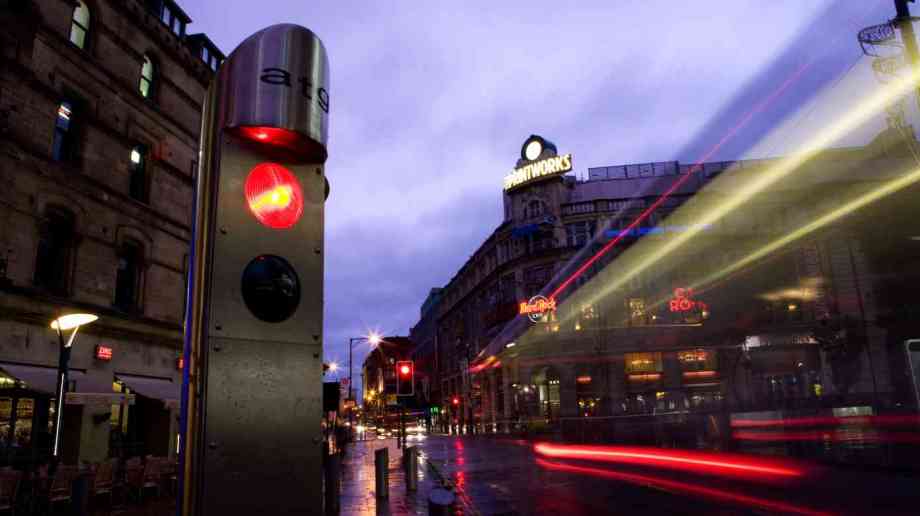 As we move deeper into the 21st century, human behaviour continues to evolve in line with the latest external factors to influence our experience of life, from climate change to technological innovation. Among the more notable behaviours is the mass migration towards urban environments. According to the United Nations, over half (55 per cent) of the global population now lives in urban areas – a figure projected to increase to 68 per cent by 2050.

With more people than ever residing within large conurbations, at a time of great technological advancement, the concept of the ‘Smart City’ has gained traction. These hi-tech metropolises will incorporate technology such as artificial intelligence (AI), GPS tracking, and the Internet of Things (IoT) into their physical infrastructures to enhance public services, mitigate overcrowding, and improve overall quality of life.

However, the benefits of an interconnected, tech-first urban area are all but negated if its residents cannot be kept safe. In this piece, we will explore the security aspect of smart cities, how solutions can be used to protect life, and why the safety of citizens must always be the primary concern.

The life-saving potential of the smart barrier
The way we interact with our urban spaces has been gradually changing for some time, with the decline of the traditional high street. This change has undoubtedly been accelerated by the pandemic; the Housing, Communities and Local Government Committee was informed at a meeting earlier this year that the lockdown-induced shift towards online retail will likely be permanent, so we must quickly move our attention away from retail and instead create urban centres that are leisure and experience-focused.

By creating cities that are capable of hosting a variety of community events throughout the year, such as marathons, bike races, Christmas markets and New Year’s Eve celebrations, we can ensure that they remain lively and prosperous, and can support a range of businesses in the long term. However, each of these occupy urban spaces differently and require different security measures.

Pedestrianisation is key when it comes to creating new multifunctional spaces for people to gather and socialise, and smart barriers have the ability to zone off different areas as required at different times throughout the year, while also ensuring the safety of those in attendance.

Not only do impact-tested barriers protect crowds of people from threats such as vehicle as a weapon attacks – which have been on the rise in recent years – but they can intelligently create diversions to facilitate quick access for emergency vehicles if required.

Protecting mental and physical safety with smart barriers
Over the past 25 years, the number of cars in Britain has risen by 42.5 per cent. Today, there are almost 40 million licensed vehicles with the ratio of vehicle to person most keenly felt in high population areas.

Heavy vehicular congestion around urban environments presents a specific risk in the event of a major incident but it also presents a more constant, underlying risk to human mental and physical health that can be mitigated with smart barriers.

A recent study found that congestion in the UK has reached such levels that the average rush-hour commuter spends a full day a year stuck in traffic. Multiple studies have shown that stress levels not only rise when a person is sat in traffic but remain high even when the person has reached their destination, contributing to reduced job and life satisfaction and diminished mental health.

Meanwhile, the effects on health of transport-related air pollution are well documented. According to the World Health Organisation, road transport will remain a significant contributor to air pollution in conurbations across Europe, with estimates indicating that 100,000 deaths a year could be linked to ambient air pollution, shortening overall life expectancy by a year on average.

Smart city concepts such as responsive traffic flow measures have the potential to reduce congestion and with it the negative effects on human physical and mental health. For example, smart traffic lights and programmable smart barriers could work in unison, both responding to real-time data, and manage traffic flows in a way that drastically cuts commuter times and improves a cities’ level of air quality.

With business leaders and local authorities under renewed pressure to meet net-zero targets by 2050, an accelerated progression towards smart cities could provide a significant boost in reaching those targets.

Making secure smart cities a reality
As urban populations continue to increase, persisting with legacy urban infrastructures becomes more counter-productive each day. The risk to public safety, resulting from pollution, congestion, and vehicle-based terror attacks cannot be alleviated with mere guidance or words of advice. It requires real, physical measures that are powered by the latest in communications technology.

What’s more is that public appetite for smart city advancement is growing. Our own research, undertaken in 2018, found that nearly a one in four (24 per cent) respondents would be happy for a portion of their tax contribution to go towards implementing smart solutions. This enthusiasm was found to increase considerably on matters of transport infrastructure, with over half (57 per cent) content for their tax to go towards smart traffic lights, and 44 per cent for smarter signage that displays real-time traffic updates.

In relation to emergency incidents such as terror attacks, almost two thirds (63 per cent) of those we surveyed wanted improvements to their local road systems that would allow emergency services to reach an incident faster.

With features such as smart barriers able to drive safety and efficiency across the cities of the future and with public demand for such measures growing all the time, cost emerges as the main obstacle to widespread implementation. However, it is the cost of inaction that should be influencing debate.

Recent figures have shed light on the economic impact of road congestion and traffic with the estimated cost to the UK economy in 2019 standing at close to £7 billion - the equivalent of £894 per driver and an average of 115 hours of lost productivity.

Demonstrating proof of concept will be essential for the advancement of smart cities as the solutions to create them already exist. Smaller scale, pilot projects in individual cities, or the widespread use of a single solution, such as smart barriers would provide ample proof to the public, to investors, and other stakeholders of the benefits a smart city can provide for those living within them.

Indeed, live data is currently being used in parts of the UK to inform people about parking spaces, A&E waiting times, and the availability of goods in stores. Meanwhile, the deployment of rain and humidity sensors in parks alert local authorities with the optimal times to water plants and grass and apps have been introduced which allow the public to report local issues by uploading photos from their smartphones together with a location.

The first steps are already being taken in the drive towards smart cities, their safety and security must now take precedence. The public demand is there, and the solutions are ready for deployment, all we are waiting for now is the collective action.