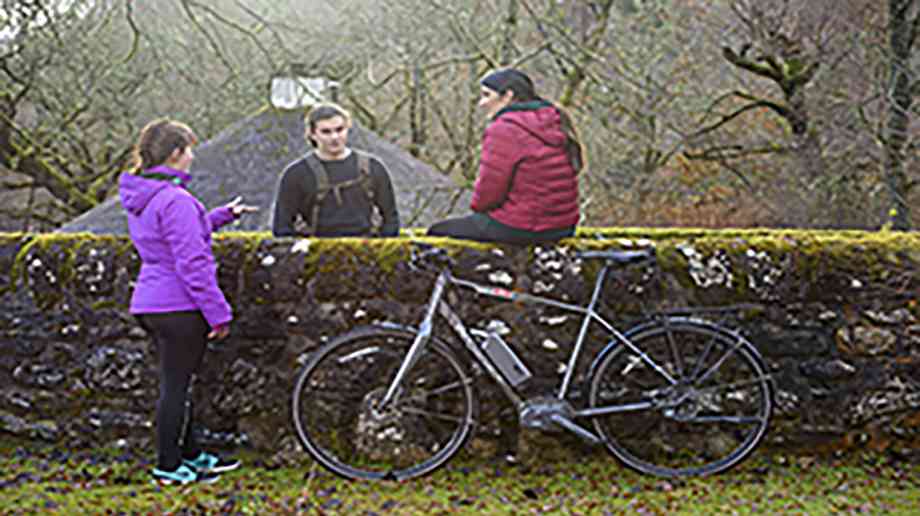 From pulling home a week’s worth of shopping to an active commute, e-bikes are transforming journeys all over Europe as sales boom and could create a long-lasting impact on transport and society in the UK.

With leadership and urgent action from government, e-bikes could also help tackle the public health emergency of poor air quality by making cycling a realistic travel choice for many more people. Daniel Gillett from Sustrans urges the government seize the opportunities e-cycles offer by helping to make them a more realistic way of travelling for more people

Sales
During the early stages of the Covid-19 pandemic, Halford’s sales of cycles and cycling equipment were nearly 60 per cent higher than in 2019, with demand for electric bikes alone soaring by 203 per cent. Across Europe, over three million electric bikes were sold between January and July.

Although most electric cycles that are sold are two wheelers, hence the popular ‘e-bike’ moniker, a whole variety of electric cycles are available, from cargo-bikes to trikes, folding bikes and recumbents. These types of electric cycle have a potential to make cycling accessible for more people.

Legal definition
In a nutshell, an e-cycle is a conventional (non-electric) pedal cycle with a small electric motor, which can be used anywhere conventional cycles are permitted. To be legally classified as an e-cycle (or Electrically Assisted Pedal Cycle) and be used anywhere, an electrically assisted cycle’s motor must have a maximum power output of 250 watts, provided by a rechargeable battery. When the cycle is travelling more than 15.5mph, the motor must not be able to operate.

When these criteria are met, an e-cycle can legally be ridden on roads, cycle paths and tracks, and anywhere else conventional pedal cycles are permitted. They can be ridden by anyone over 14, a licence isn’t required to ride one, and they don’t need to be registered, taxed or insured.

In practice, the 250 watts of power provided by the motor is enough to make it easier to carry heavier loads, tackle hills and keep momentum with far less effort, while maintaining a very similar speed to a conventional cycle due the motor cut-out feature.

Potential to create better, more inclusive transport
Thanks to the motor assist, the barriers that some people can experience when using a conventional cycle, such as terrain (extreme gradients), ill-health (fitness and joint issues) and function (carrying heavy loads), are much easier to overcome with a motor assist, opening up the opportunity to make more trips by cycle.

E-cycles can also help make transport more inclusive in towns and cities. Our research shows that 31 per cent of disabled people who do not cycle would like to start, and e-cycles could play a huge role in this.

Research undertaken by Transport for Quality of Life shows that about half of all trips by e-bike would otherwise have been made by car. Considering that 68 per cent of UK trips are less than five miles, a distance than can be cycled in 25 minutes, in the context of the physical inactivity, air quality and climate crises, the more tools that we have to reduce the number of journeys made by car, the better.

Substantial benefits for health and the environment
Researchers from the University of Leeds found that e-bikes, if used to replace car travel, have the capability to cut carbon dioxide (CO2) emissions in England by up to 50 per cent, or about 30 million tonnes per year. This underlines the fundamental need, stressed by research from Transport for Quality of Life, that reducing carbon emissions needs to go hand in hand with fewer, vehicle trips, regardless of a significant shift to electric vehicles.

And the potential for shifting journeys, according to an analysis of existing riders’ habits, is promising; research from Gocycle found that 62 per cent of e-bike users used their car less since owning the bike, with 27 per cent saying they had reduced their monthly car mileage by 25-50 miles.

We also know that physical inactivity costs the NHS £1 billion a year. Our research shows that if cycling trips were doubled every eight years across just seven major cities in the UK, 34,000 long-term health conditions, such as type 2 diabetes, strokes, breast cancer and depression, would be averted, saving the NHS £319 million.

A more physically active population will also have a reduced risk of suffering from underlying health conditions which can lead to more severe cases of diseases such as Covid-19.

The good news is that despite the motor assist, physical activity benefits very much remain when using an e-bike, as riders are physically active for 95 per cent of riding time.

Fewer driving trips, and more cycling trips, could also help to combat poor air quality in towns and cities; road transport is responsible for 80 per cent of roadside NO2 pollution where legal limits are being broken, with 45 per cent of particulate matter coming from tyre and brake wear compared to just 15 per cent from exhaust emissions. Given that brake and tyre wear will remain with a switch to a more electrified vehicle fleet, this again highlights the importance of reducing vehicle trips and the potentially important role e-cycles could play in improving air quality.

Costs and savings
But what about the big question - cost? A good quality e-bike costs around £1,000. Following that, annual expenses amount to around £100 a year on servicing and 10p per battery charge. Also factor in sundry purchases such as spare inner tubes, which cost around £2 each.

£1,000 may seem like a large outlay, but an e-bike can quickly pay for itself when factoring in savings made on the maintenance, parking and fuel costs if switching from car travel.

Depending on commute distance, engine size and location, these savings vary. But using a real life case study to get an indicative figure, savings made by switching from car to e-bike for a 28 mile each way commute into Bristol meant that a £1,000 e-bike had paid for itself in four months.

For some, an e-bike will be eligible for purchase via an employer cycle to work scheme, which operate as a salary sacrifice employee benefit, saving money compared to buying the bike outright. The salary sacrifice is subtracted from gross salary, meaning a reduction in Income Tax and National insurance payments. Approximately 25 per cent of the value of a cycle can be saved using a salary sacrifice scheme, depending on your salary.

Policy
The case for e-bikes, and e-cycles more broadly, is clear, and demand suggests that more people are recognising that. To capitalise on this and make it easier for everyone to cycle, or walk, we need to think strategically about joining up transport, planning, health and fiscal policy. In terms of transport infrastructure, this means making sure our streets and places look, feel and are safe for cycling for everyone.

To reach the government’s targets set out in the Cycling and Walking Investment Strategy, we need to gradually build capacity in local authorities so that they can design and implement high-quality dedicated infrastructure, cycle parking and communications on routes. Sustrans, with our partners in the Walking and Cycling Alliance, are calling for £6-£8 billion investment over the course of this parliament.

The government recently announced £2 billion for walking and cycling over the next five years in tandem with their Gear Change vision for cycling, which is a fantastic start, but the figure needs to be increased to meet the targets set by government in the vision.

As part of this, the government are establishing a ‘national e-bike support programme’. Details are to be confirmed, but the scheme is likely to comprise direct a system of subsidies offering around 30 per cent off the price of an e-bike launched initially on a trial basis.

Whilst this is a good example of a government commitment, the scheme will be truly inclusive if it is made available to groups who currently can’t take advantage of cycle to work schemes and are unable to afford up-front costs, even with a discount. The scheme should also apply to e-cycles more broadly and could be weighted towards model types, as trikes and recumbents, for example, can be more expensive.

Thinking of the bigger picture, we need to make changes to the planning system which fundamentally encourage walking and cycling, and make car use less convenient. This means ensuring that new developments are designed to the 20-Minute Neighbourhood principle, where housing is a short walk away from everyday services and amenities, homes are built with ample or communal cycle storage, and vehicle access is not as convenient as walking, cycling or public transport.