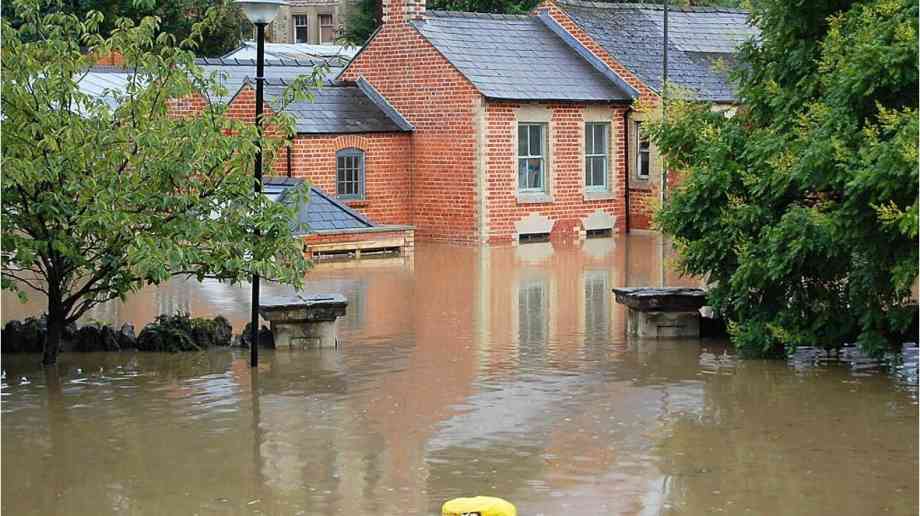 Like other parts of Gloucestershire, the Stroud Valleys suffered extensive flooding during the Summer of 2007. Floods are not new in the Stroud Valleys and records speak of major flooding dating from 1820. In his book, Cider with Rosie, Laurie Lee describes classic flash muddy floods travelling through their kitchen. Lee lived in Slad and his literary references were confirmed by the Environment Agency when they designed the Slad Valley as being a ‘rapid response catchment’ at risk of destructive flash flooding, of a similar type to the event that destroyed parts of Boscastle in Cornwall in 2004.

After the flooding in 2007, community flood action groups were established by residents living in the Slad and Painswick Valleys (tributaries of the River Frome) and also the lower Frome. They campaigned for better protection for residents and properties from flooding, but with subsequent studies, both the authorities and the community realised that the River Frome and its tributaries, are not suited to hard engineered solutions to the issue. This is in part due to the physical nature of the catchment, but also due to the heritage and aesthetic value of the Stroud valleys. In addition, like many rural areas in Britain, the distribution of properties at risk of frequent flooding means that the cost/benefits of contemporary engineered solutions do not qualify for investment.

Natural Flood Management
In response to the extensive damage caused in 2007, the government asked Sir Michael Pitt to undertake a review into what went wrong and how floods could either be avoided or better managed. One of his recommendations was for closer working between the Environment Agency and Natural England to implement an approach to flood management, called Working with Natural Processes. In other words, they were asked to investigate the relationship between land management (grassland, woodland and arable) and drainage and run-off generation (leading to flooding). Since that recommendation was made, there has been extensive work and research into techniques that can slow down the speed of run-off to reduce the height of flood peaks. Reducing the speed of run-off also reduces soil erosion and therefore the amount of silt and sediment entering a water course. This also tends to reduce flood risk.

In 2012, the Environment Agency commissioned a report into the feasibility and potential benefits of implementing natural flood management (NFM) - also called Rural Sustainable Drainage (RSuDS) - throughout the catchment of the Frome and associated tributaries. Acting on the findings of the study, the Severn and Wye Regional Flood and Coastal Committee (RFCC) agreed to fund a project officer to implement and promote rural sustainable drainage in the Frome catchment. A formal partnership between Gloucestershire County Council, The Environment Agency, the RFCC and Stroud District Council was established to implement the work, and under a collaborative agreement, Stroud District Council agreed to employ the project officer for three years. How the project works and what have we achieved? Since 2014, we have worked with 16 landowners (farmers, woodland owners and land owned by local partners such as Gloucestershire Wildlife Trust and the National Trust) and constructed or implemented over 300 different types of intervention to slow peak flows and reduce floods in the valleys. Interventions include large woody debris leaky dams in streams and dry valleys, earth bunds in grasslands, dry ponds, silt traps, drainage diversions and tree planting.

Unlike engineered flood defences, which are often built on a single land holding, NFM relies upon dispersing attenuation throughout a large area of catchment and is therefore dependent on creating good relationships with a large number and variety of landowners. We also rely on partners such as the Gloucestershire Wildlife Trust to help find willing landowners and ensure projects achieve multiple objectives for biodiversity and water quality. Individual projects are suggested and commissioned by the project officer, but the farmer or woodland owner is often directly involved in designing and locating any measures to ensure they are compatible with their ongoing business priorities. A unique aspect of our project is that we often employ the landowner or their contractor directly to undertake construction which results in increased ownership, capacity and skills. We have also worked with a large number of local agricultural contractors to improve local capacity for this type of work. Taking a pragmatic, community lead approach has meant we have been able to reach a large number of landowners quickly and interventions have been constructed at low cost. We have published a series of case studies on our website which describe why, how and what we have constructed at six of our work sites.

Does it work?
Determining whether these types of measures reduce flooding is very difficult, due in part to the fact that all measures are different and informal. However we are able to compare historical flows under a given rainfall event with flows and levels we now experience after installation of natural flood management measures. The Slad Valley in particular provides a good opportunity for comparison because it has a number of flow gauges that have been collecting data over a reasonable time period before we carried out work.

On 9 March 2016, the Stroud Valleys had approximately 35-40mm of rain over 12 hours. The EA were able to compare this event with a similar one that occurred in November 2012, before the RSuDS project started. We looked for an event of similar magnitude and intensity, but importantly, we also looked at how saturated the ground was before the rainfall occurred. As with any comparison it is important to bear in mind that no two events will ever be identical, but we looked for two rain events that were closely comparable in terms of total rainfall, duration, intensity, preceding conditions and seasonality. We have also looked at ground saturation levels. In both cases, the soil moisture deficit is zero, indicating full saturation in both cases. Whilst we cannot claim our work is responsible for all the reduction, we are confident we have made a significant impact on peak flows in this are.

Lessons learned from the project
}Firstly, engagement with the local community at the outset is absolutely key to success. Allow their experience and evidence to guide the decision making process. In Stroud the chair of a flood action group was on the recruitment panel for the project officer. Many flood management schemes rely heavily on modelling to help determine the most effective scheme. With natural flood management, we rely entirely on voluntary participation from landowners, so the emphasis should be on partnerships, local knowledge, compromise and delivery. Measures need to fit with the landowners farming business and practice, which means involving them in design and location of structures. Keep delivery local too by using the landowners and their contractors to construct measures. The benefits of this for long term ownership and buy-in are immeasurable. In summary, it is entirely feasible for local communities guided by local authorities working with partners, to design and undertake low cost natural flood management work to reduce flood risk for residents and communities that suffer from frequent flooding but don’t qualify for hard engineered solutions. Landowners and agricultural contractors will participate in locally derived schemes and can effectively build most natural flood management measures within the landscape. Recent government investment in pilot natural flood management projects will hopefully yield further evidence to support this approach and many more communities will benefit from this logical low tech approach to managing floods. 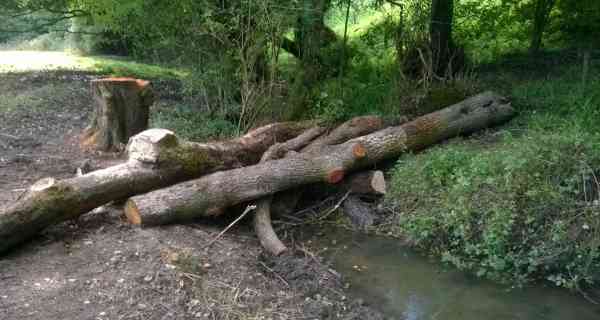