Skip to main content
Home / Features / London: The Capital of the cutting-edge 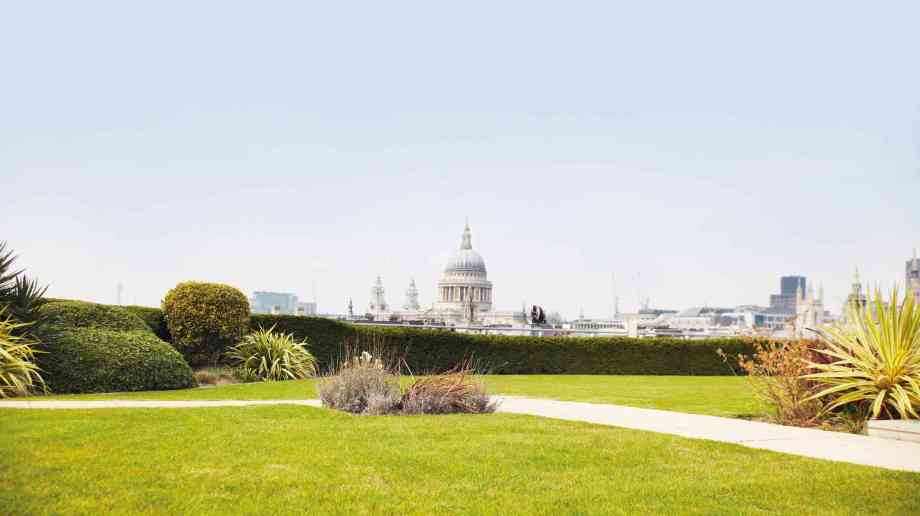 London: The Capital of the cutting-edge

As a destination, London has plenty to offer those seeking conferencing and events venues. London & Partners explain the multifaceted reasons why London keeps thriving within the sector.

London is one of the world’s most attractive cities for business events. The unique mix of heritage, diversity and culture, coupled with its business expertise and creativity, make it the perfect choice for events and conferences. In recent years, London’s position as one of the world’s best event destinations has grown even stronger.

Through a strategy established in 2011, which aimed to see London in the top five locations within five years, London’s Convention Bureau adapted to be more in line with market needs. By transforming its CVB from venue finding service to event solution provider, London was able to develop closer relationships with partners and stakeholders, from local and national government authorities to hotels and venues.

The city’s success was recognised in the latest International Congress Convention Association (ICCA) ranking. For the first time, London was ranked 5th for number of events, up from 19th in 2011, when London & Partners, the Convention Bureau for the city, was created. The city also rose to number two for delegate attendance and welcomed 3.7 million overall business visitors, 13 per cent more than in 2014. But London does not rest on its laurels and keeps reinventing itself, ensuring it remains as appealing to events planners as ever.

A thriving hotel sector
London’s hotel sector is booming, with the city attracting 36 per cent of Europe’s total investment. 18,000 new hotel rooms are expected to open in the capital by 2018, with 7,000 in 2016 alone, adding to the existing 140,000. In particular, budget and luxury properties are experiencing significant growth, with predicted increases of 29 and 22 per cent respectively.

Graham Craggs, managing director in JLL’s Hotels & Hospitality Group, says: “2015 was an exceptionally strong year in terms of hotel transactions in London, and new infrastructure developments such as Crossrail and the Thameslink upgrade continue to drive regeneration and unlock interest into hidden corners of the capital. We have already seen a shift to the East in terms of both new hotel supply and investment, and this is a trend we expect to continue in the near future.”

Among other exciting openings, Nobu is launching its first hotel in Europe in the Shoreditch area of the city, with famous chef Nobu Matsuhisa designing bespoke food and drink menus. The new four-star Park Plaza London Waterloo – opening this Autumn – will boast an on-site restaurant, a fitness centre, a business centre and a pool.

For event planners, the hotel will offer six flexible meetings rooms and a larger seventh space, along with state-of-the-art audio-visual equipment.

Exciting new venues
Major new venues are also opening up in the capital, adding to London’s ever growing offer.

Some of London’s most famous cultural institutions will be taking residence in their new homes this year, providing planners with exceptional new spaces.

The Tate Modern recently launched its Switch House extension, the most important new cultural building in Britain for 20 years. Part of this is ‘The Tanks’ – the world’s first gallery space dedicated to live art, which is also available for corporate hire and can accommodate up to 600 guests. Six other new spaces offer flexibility, with a capacity of up to 400, and some of them will provide exclusive access to the gallery’s collection.

In November, the Design Museum will open the doors of its new home in the former Commonwealth Institute building in Kensington, West London. As part of its multi-million pound redevelopment, the new museum will have over 1,000 square metres of event space available for hire, including an auditorium, rooms fit for smaller business meetings and a flexible space for up to 220 attendees.

London also offers cuisine from all over the world and has something for everyone, from street food festivals and pop ups to gourmet and Michelin-starred restaurants. For example German Gymnasium, which once hosted the indoor events during London’s first National Olympic Games in 1866, is available for exclusive hire and can host meals for up to 250 guests.

Dallaway Terrace, part of The Doyle Collection’s The Bloomsbury hotel, has now opened, offering indoor and outdoor space in the heart of the West End with capacity for 100 guests for standing receptions.

A business hub
London boasts impressive business credentials and these are at the heart of London & Partners’ new initiative to promote London as one of the world’s best business event destinations. ‘London: Capital of Cutting-Edge’ is based on a new report highlighting how the city’s leading clusters such as finance, technology, life sciences and the creative industries have proved key in attracting major conferences and congresses in those areas.

Those four clusters converging in one city have inspired cross-sector innovation and make London a unique and attractive destination in which to hold meetings and events. They give planners access to the best talent and minds, and delegates the opportunity to network and do business in the capital.

The creative industries represent a huge part of London’s economy and the sector employs 24 per cent of the city’s workforce. Advertising, marketing, film, media, publishing, music and the performing arts all thrive in the capital and London is home to many award-winning businesses operating in those industries.

Attracted by the sector’s dynamism, Advertising Week Europe has been taking place in London for the past four years, and has gone from welcoming 13,000 attendees in its first year to over 32,700 in 2016. In recent years, London has also experienced a boom in association business, attracting some of the world’s biggest medical congresses, such as the European Association of Periodontology, the most successful ever European Society of Cardiology congress in 2015 and the upcoming European Respiratory Society congress later this year. This area is set to grow even further as the life sciences sector expands, and the opening of ground-breaking facilities such as The Francis Crick Institute will also add to the city’s attractiveness and expertise.

London is the world’s leading financial centre and is home to more world bank HQs than anywhere else in the world. This, combined with the city’s emergence as the world’s biggest financial technology or FinTech hub, has helped the city to attract tech and financial events, including Sibos 2019, which will bring an estimated 9,000 financial services professionals from across the globe.

On the tech front, TechCrunch Disrupt arrived in London in 2014, following its launch in Berlin in 2013, being drawn to the British capital by the vibrant tech start-up community and the access to top talent. Scaling up from the Old Billingsgate in 2014 to the Copper Box Arena in Queen Elizabeth Olympic Park in 2015, the event was hailed a success and will return to London in December 2016.

London for team building
London offers a wealth of options for planners looking to organise team building activities and its excellent transport network makes it easy to get around. From sport and food, to music and VIP experiences – the city caters for every group’s needs. The new Slide at the ArcelorMittal Orbit was designed by artist Carsten Höller and is the world’s highest and longest tunnel slide. After the rush of adrenaline, participants can discover the Olympic Park at a more relaxed pace on a guided boat tour along the river that runs through it.

The Cookery School at Little Portland Street offers packages specially tailored to team building. Groups from 8 to 50 people can work on bespoke menus with the help of dedicated staff, and planners can even add a competitive element to the class if desired, such as a bake-off. Those looking for a more cultural experience could head to the Royal Opera House, where groups will be able to go on a behind-the-scenes tour of the London institution, followed by a private dinner and an opera performance.

Finally, for those looking for a thrill, Small Car Big City offers a fleet of Classic Mini Coopers in which groups will be able to discover the city while taking part in exciting challenges.

Deborah Kelly, business development manager UK at London & Partners, said: “London is one of the world’s best destinations for meetings and events and the city keeps getting better. With new areas undergoing regeneration projects and infrastructure constantly being improved, there is always something new and exciting to discover and we look forward to showcasing our beautiful city to groups.”