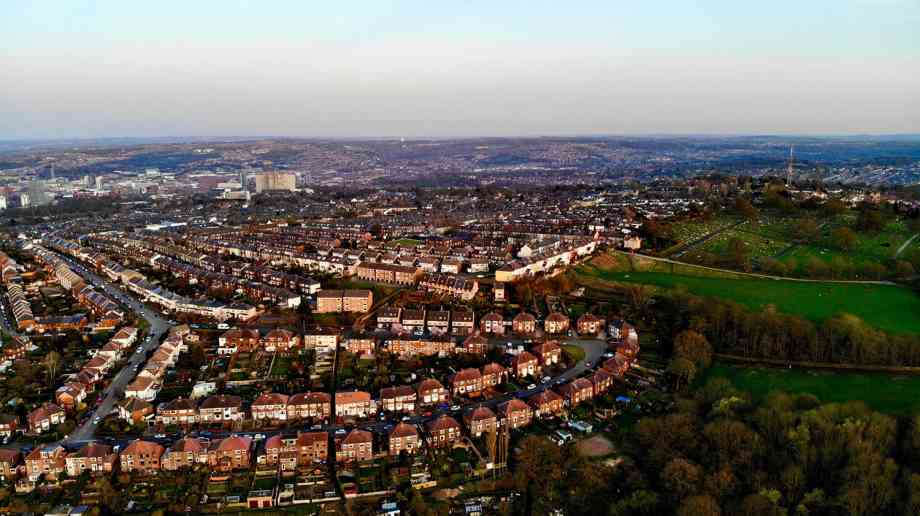 Government Business shares the views of Aleks Kowalski on drone infrastructure planning, investing in UAV technology and using drones to save the public sector money

What are the priorities for local government when it comes to pursuing urban air mobility and drone infrastructure planning?
The key issue facing local government at a strategic level is the degree of political engagement on new transport systems being current planned at an aviation level. The existing approach to urban air mobility (UAM) planning currently exists in a piecemeal manner.

What is worthy of note is that very few local authorities have engaged in this process, due to the industry-led nature – aside in some instances offering a wider level of support.

It is worth noting that Phase III of UKRI’s Future Flight Challenge will open in Autumn 2021 and local government should be aware of this and look to actively participate.  The question is how to engage?

Current approach
The development of drones and UAM has, at a local level, been very reactionary. Councils have responded to requests by drone operators for unmanned aircraft systems (UAS) flights in an unstructured and inconsistent manner. It is an area that will only increase as councils looks to move to a pro-active approach as described below.

For example, one local authority has stated they will ‘refuse any request made for recreational or commercial purposes as a land owner on any land owned or operated by the City Council. To make it clear consent shall not be given for drones overflying the highway’. Another charges £120 for take-off / landing permits.

Yet in law, the national aviation safety regulator decides whether the operator’s risk assessment meets the criteria for allowing safe operations, not any local authority.

What will a future state mean?
When looking to an integrated mobility future, cities will look to have a locally informed political stakeholder. The implications of this would be prioritisation of operations, the ability to prosecute but most importantly where and when take-off and landing sites would be built. One national aviation authority that has outlined a future state for Air Mobility and is taking the lead is Australia – for example, outlining the need for a National Drone Detection Network Infrastructure.

Given that most cities control the ground network, the argument goes that they should also be managing the skies about them.  However that presents its own challenges.

Issues facing local authorities
Aviation expertise: Even something as simple as a local council procuring its own drones can be fraught with internal conflicts and difficulties around privacy. These challenges are also restricting what the councils can do with that responsibility, and risk being devolved to commercial operators.

However, part of the challenge is the understanding and interpretation by local government of complex aviation regulation. For instance ‘consent shall not be given for drones overflying the highway’ doesn’t actually have any legal basis and operators can still fly drones.

Airspace management: The function of Air Traffic Control is to ensure safe separation, this is often done via a combination of strategic, tactical and on-board deconfliction. But at low levels, except around aerodromes, this does not exist without changing airspace categories to preclude certain types of flying. This is already a big challenge even for humanitarian operators looking to fly medical related operations. This then necessitates a new means of assuring safety, without potentially changing the type of airspace. This type of airspace change involves infrastructure that, even at aviation levels, hasn’t been fully agreed on.

Economics and sustainability: Drones and UAM will not operate in isolation. The current traditional system, dominated by vehicles and technologies designed for hub and spoke operations and based on hydrocarbon economics, lacks the levels of integration that a distributed electric system could offer – redefining the way we design both our systems and vehicles for an electric future.

Cluster or individual local approaches: Hopefully the above statements will make it clear that a local government acting of its own accord could encounter a number of issues trying to set up a solution that enables UAM. If a joined-up mobility and technology approach is required what does that look like and who co-ordinates this. At this moment in time, such a technology and strategic position does not exist. However, it must also be recognised that each local authority has their own needs and requirements and will be trying to get the best result for their own constituents.

Examples of this manifesting itself within the planning phase of UAM are economic incentives for hardware and manufacturing, and airspace revenue vs airspace congestion. Consider local authority A which embraces UAM and wishes to secure a greater volume of flights, which prices its airspace fees at a lower level than local authority B that enables it to provide more services for its constituents – but at a cost of possible noise and airspace congestion.

What obstacles are there, or could there be, which prevent local authorities from exploring and investing in UAV technology?
It needs to be made clear that unmanned aerial vehicle (UAV) technology isn’t just the physical drone itself, but all the tools needed to ensure a successful operation. To use a cliché it is the three main aspects of People, Process and Technology.

People – Appropriate training for the operation intending to be performed. In addition the stakeholders are not just those involved in the operation, but those likely to be affected by a UAV operation. This is restricting what the Councils can do themselves, with that responsibility and risk being ultimately devolved to commercial operators.

The European Union Aviation Safety Agency (EASA) recently published results of the first study conducted in the European Union on Urban Air Mobility, showing that the majority of those questioned broadly welcome the prospect of services such as air taxis, air ambulances and drone deliveries but have concerns about potential issues such as safety, security, noise and the impact on wildlife.

The survey showed that 83 per cent of respondents have a positive initial attitude towards UAM, with 71 per cent ready to try out UAM services.

Process – An operator must be compliant with local authority regulations and, in many cases, national regulations which permit UAV operations. With so few operations meeting the risk assessment criteria for flights over people beyond visual line of sight (BVLOS) this becomes a challenge the public sector looks to industry to solve.

Yet once technical standards and maturity levels develop, local authorities will need to start deciding now where the responsibilities start and end between civil aviation regulators so safe scale-up of highly automated operations can take place within a city.

Technology – The technical and maturity standards have now been defined by EU agencies, which is timely. The technology is still such that incidents do happen (such as in December 2020), but there are now reporting cultures in place to ensure, much like in manned aviation, a feedback loop exists.

In addition, safety recommendations are now made by the same body, the Air Accidence and Inspection Bureau (AAIB) which includes: “It is recommended that the Civil Aviation Authority collate up to date information regarding the failure rates per flying hour for unmanned aircraft systems operating in the Specific category, or previously under a CAA Permission for Commercial Operations, to facilitate effective risk assessments.”

Therefore it is a combination of operational, societal and fiscal challenges that need to be addressed by any local authority before more than a token engagement.

How much freedom does a city have to plan its own ecosystem?
The challenge isn’t necessarily freedom, but an initial problem of education and understanding. From our experience, even those authorities and government which have a good deal of knowledge in reacting to drones are unsure which way to turn.

Consider a council in the fortunate position that has money to spend on UAM or drones. They are being approached by drone operators who wish to illustrate the art of the possible with a specific use case to fly something in an automated fashion beyond current aviation limits – known as Beyond Visual Line of Sight (BVLOS).

What is the strategy to implement a solution, beyond single point studies? Businesses require certainty in order to invest time and manpower in a local authority. Therefore, the freedom any city has depends on an optimal shared space to enable solutions that address the ground and air risks commensurate with UAM and drones.

A review of economic and technological history demonstrates that public sector funding of key infrastructure programmes defines the effective introduction of new technologies, concepts and capabilities servicing the needs of an evolving government, society and community.

The key benefit a city needs to identify is in the creation of early adopters and key prime inventors.  In summary – permitting single drone or UAM operations may not have the marked effect that an ecosystem necessitates.

There are many issues to be resolved around the current legal status of small UAS (sUAS) operations before the wider issues of how and whether sUAS/UAM traffic management and the harder sensing responsibilities can be devolved to local authorities and/or trusted third parties.

How can drones help the public sector save money and operate more efficiently?
The current approach to drones was recently addressed by PWC in a socio-economic study for Future Flight Challenge which found that switching to these new technologies could be up to 48 per cent cheaper, deliver faster journey times and improve worker safety when compared to current methods.

However, as referenced in previous answers, the study did not consider the extent of societal acceptance of these technologies, the regulatory implications, nor the supporting infrastructure and technology ecosystem required for the use cases, which may have implications on their attractiveness.

A case-study example of this is the use of drones in healthcare. The use-cases are only now being considered – analogous to the use of the internet in the early 90s by having a capability – what could be done. They could include the following: MHRA volume testing, chain of medical custody, intra-hospital transfer, pharmacy to care homes, hospital to test facilities and beyond. On a per flight basis the economics could be hard to justify when considering transport budgets. Only when looking at the wider case based on hospital admissions, the uptime and usage of a drone/UAM do they start to add up.

Add to that developing a piece of national critical transportation infrastructure which can be seen not as a cost, but a possible revenue-earning function for the public sector so it’s viewed as cost-positive, and the possibility remains that the wider use of drones should be looked at as a means to generate money for the public sector by enabling the private sector. This will be essential to address security risks related to drones and will also assist with administering regulations relating to safety, privacy, noise, spectrum, and environmental impacts.

For further information about how ARPAS-UK can help local governments, please get in touch with ARPAS via the author Aleks Kowalski :aleks.kowalski@arpas.uk.