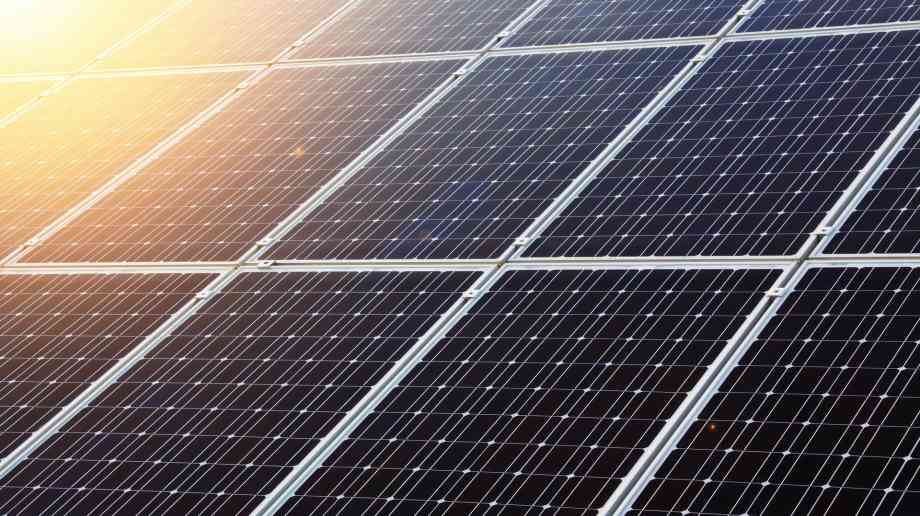 The public sector can already make most applications of solar work for the communities they serve today. The Solar Trade Association’s Leonie Greene explains why

Local authorities can use their powers to make the economics of most applications of solar stack up today, without central government support. That’s the headline message from our new report, Leading Lights. Many of the lessons apply to the wider public sector. This means local government or public sector leaders with ambitions to cut carbon, energy bills and air pollution don’t have to wait on Westminster to take effective action. They can start now, if they haven't already.

Our analysis shows that 85 per cent of local authorities already own solar panels, nearly a third have integrated solar into their environmental strategies and the top 10 local authority investors have already collectively invested £80 million in solar. Despite frustrating policy barriers for the commercial solar industry, public sector investment continues. Indeed, West Sussex County Council is about to open the UK’s first truly subsidy-free solar farm, together with battery storage.

Since we published our report, Leicester City Council has announced a £16 million investment in a solar farm and industrial units, which will generate nearly £1 million of revenue for essential frontline services every year. The attractive economics of ‘subsidy-free’ solar farms, showcased in our report, are backed up by independent expert modelling we commissioned alongside.

For rooftop solar, the public sector should make full use of zero interest Salix Finance to upgrade the energy and carbon performance of their building stock. Salix has recently admitted solar back in and their overall funding is set to rise to around £385 million by 2020. They encourage potential projects to take a holistic approach, requiring all reasonable energy efficiency measures to cut bills and carbon to be taken before or alongside installing solar, and they expect loans to be refunded within five years, or eight for schools. Our report features Norland Church of England school in Halifax that has done just this. Salix loan finance can be used alongside other sources of funding for projects with longer paybacks, which allows for more ambitious or complex schemes. Nevertheless, we firmly support Salix Finance’s own advocacy to government to extend the payback rules (ten years would be good), so as to enable more projects and more innovation, including with battery storage.

By using efficient tendering processes, local authorities can also deliver rooftop solar schemes with even better paybacks across schools and council rooftops. Portsmouth City Council provides a prime example of a competitive tendering process that has enabled the delivery of nearly 5MW of rooftop power across nearly 300 sites, with more on the way. Not surprisingly, other councils are making use of this effective scheme.

Local government leading the way
Every local authority can ramp up its new build policies at no cost. Ministers allayed the widespread uncertainty created by their colleagues on this issue when they confirmed clearly in the Lords last year that local authorities are indeed free to set higher new build standards. And local authorities should feel further reassured after the Prime Minister’s recent announcement that the government will seek to halve emissions from new buildings by 2030. While we have no details, politically the pathway to better standards is clearly getting back on track and it is local and regional government leading the way.

We have been particularly impressed with the revised planning policies proposed by Milton Keynes Council, which not only stipulate a 20 per cent contribution from onsite renewables, but which requires onsite energy storage to be considered. This kind of clever strategic planning for ‘smart energy’ neighbourhoods is another area we feature in our report, with pioneering case studies of smart housing developments, smart transport interchanges and EV charging. If the UK is to realise the estimated £8 billion potential cost savings by 2030 from a smart energy transition, there needs to be much more emphasis on optimising utilisation of local networks making full use of local generation and local flexibility services. Local government clearly has a role to play here.

Innovative models emerging
It’s not all good news. We found many once ambitious social housing retrofits had collapsed all over the UK, where the economics remains difficult and where we will continue to press the government for support – including better local authority control over ECO funds to target deep intervention on fuel poor homes. But even here innovative models are emerging, such as the Solarplicity model, which can install solar and even battery storage on, and in, social housing at no cost to the household, as part of an energy supply package that instantly cuts bills.

All of the case studies in our report have been carefully chosen because they illuminate what is possible today. The public sector and local authorities in particular have tremendous advantages when it comes to solar projects including, access to low or zero interest finance, long project time horizons, relatively easy access to council-owned land or roof space and exceptionally secure local markets for local power. In addition, they can also mitigate the current key barrier to rooftop solar in the UK; business rates. Perversely, self-supply with rooftop solar has been hit with business rates that do not apply to onsite gas CHP, and which particularly hurt those making the most efficient use of the technology. We are urging local authorities to do all they can to mitigate the intransigence of HMT on this regressive policy for local solar power.

There are solid arguments for government leading by example. There was dismay in the solar sector that the 1GW target for government estate investment in solar, set out in the former Energy & Climate Change Department’s 2014 Solar Strategy, was quietly dropped, even before meaningful progress was made. The National Infrastructure Commission’s recent report on progress on smart power recommends the government estate helps to pilot demand flexibility and to implement this on a large scale where it can be shown to deliver benefits to the public sector and the electricity system. Finally, the Clean Growth Strategy sets out, and BEIS has consulted on, expectations for a greenhouse gas reduction target for the public sector ‘such as a 50 per cent reduction by 2030.’ All of these point not only to a bold push on solar by the government estate, but to investment in the many ‘smart’ technologies and flexibility services that fit so naturally alongside.

We hope that the common sense and the extraordinary achievements of local government leaders showcased in our new report will provide inspiration and encouragement to public sector leaders everywhere. To further develop confidence, we have published a summary of the independent modelling we commissioned on typical local authority solar schemes, both north and south. These resources are freely available on our website. We also invite local authorities who are serious about solar and energy storage to join our low cost Leading Lights Local Authority Network, which shares best practices and offers deeper support.

Brexit, start-stop energy policies and uncertainty about how we will meet our national climate commitments means decisive leadership by local government and the public sector matters more than ever. Fortunate, then, that the economic stars have aligned for the public sector on solar power. And we couldn’t be keener to work with local leaders to make it happen. Let us know how we can help you.