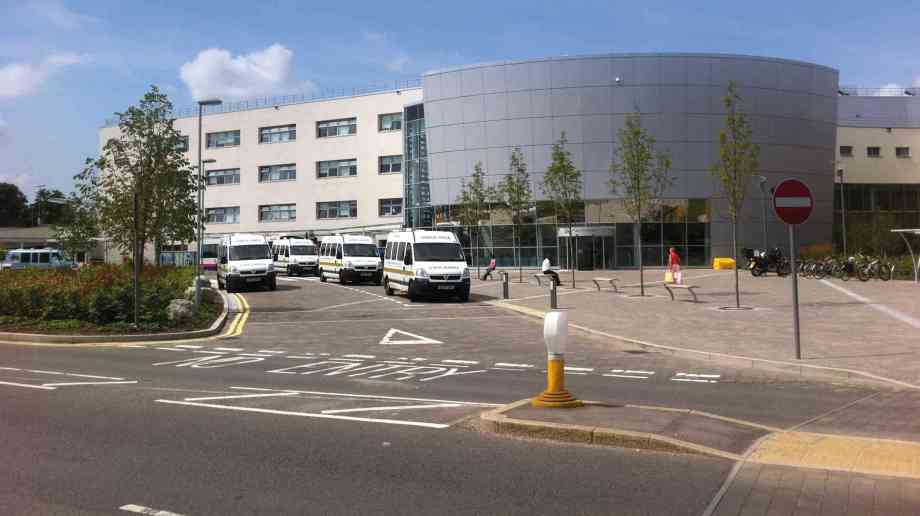 Steve Sumner, of the Institution of Occupational Safety and Health’s Public Services Group, discusses how employees in public sector buildings can be kept out of harm’s way.

Public buildings are no different from any other building used as a workplace. They have to be constructed to the same standards and comply with the same health and safety laws. All people in all industries should be covered by a culture of care. However, there are some aspects of the work undertaken in terms of delivering (or removing) services which result in enhanced risks, such as personal safety and possible violence.

Additional precautions may be required to control the risks associated with contact with members of the public. Furthermore, the presence of large numbers of members of the public bring with them additional health and safety risks, or need to be protected from specific risks in the building.

The basics
New buildings and those facing major reshaping and remodeling need to comply with current building regulations. The regulations are frequently updated, the most-recent amendment being in March 2016. The regulations, among other things, stipulate the standards of construction, energy conservation, water use and safety issues - such as the construction of stairs. All new and existing buildings to be used as workplaces also must comply with the Workplace (Health, Safety and Welfare) Regulations 1992.

These regulations are supported by an Approved Code of Practice (ACOP).

ACOPs have a very special status in health and safety law. Employers do not have to comply with ACOPs provided that they meet the standard required by the regulations in another way. However, if the alternative method of compliance does not meet the standard required by the regulations, the fact that the ACOP has not been applied can be used as evidence for the non-compliance with the regulations. It is these regulations which lay down the standards for individual space, heating, lighting and ventilation of buildings. They also apply to traffic routes – both pedestrian and vehicular – and toilet and washing provision. Interestingly, these regulations also addressed the issue of discomfort from tobacco smoke before the smoking ban was introduced.

Accidents at work
Slips, trips and falls remain the biggest cause of non-fatal injuries reported under the Reporting of Injuries, Diseases, and Dangerous Occurrences Regulations 2013. Slip and trip risks in public sector buildings should be given priority; not only because of the risk of injury to employees but, as the public has access, the risk of injury is multiplied. Further, when there is large footfall it is likely that contamination such as water and dirt will be brought into the building on people’s shoes. It is important therefore that particular attention is paid to matting and entrances to ensure that shoes are dried as the clients enter the building.

In addition procedures must be in place to deal with water which is spilt within a building to prevent slips and resulting injuries. Any spillages should be dried thoroughly using absorbent paper – wet mopping will only serve to spread the contamination and increase the surface area of the floor upon which people might slip.

The use of sunken matting is preferable to temporary absorbent mats placed in entrances on wet days, as they can become trip hazards for people entering and leaving the building. Indeed great care needs to be exercised in the design of entrances, canopies and matting systems to remove slip and trip risks at drawing board stage. Entrances and foyers should also be properly lit and welcoming.

Public interface
As the name suggests, public sector buildings are visited by members of the public, and the interface between the public and employees needs to be effectively managed to prevent threats of or actual violence.

A number of years ago that would have been achieved by putting the staff behind bandit screens and segregating the public from the employees. Today the approach is very different. Areas where the public meet staff are open without screens, with the environment designed to be less confrontational and conducive to a more relaxed interaction between the client and the member of staff. This more relaxed approach has been implemented in many local government and central government agencies, such as Job Centre Plus.

It is important to create the appropriate environment when designing new buildings to which the public will resort: reception desks can be wider to prevent agitated customers from grabbing members of staff; interview areas which may be used to interview difficult clients should be designed to allow for means of escape in the event of an emergency and there should be facilities to call for assistance. These types of facilities should be used for clients who are known to be difficult, as they may prove intimidating for the general public.

The Design Council has developed some generic guidance on designing out crime. For specific locations, such as accident and emergency departments, further Design Council guidance is available to reduce risks through good design and creating a better experience.

Water systems
Public sector buildings, in common with other workplaces, will have hot and cold water systems, and some may have wet cooling towers. Very large buildings – and many public sector buildings are large – will have large complex systems. All of these systems have the potential to become seeded with legionella bacteria and therefore pose a risk to health from legionnaires disease, where bacteria may become airborne in water droplets and there is a risk of inhalation by a susceptible person.

Some public sector buildings, such as hospitals and residential care homes, will have many susceptible people either living in the building, or receiving treatment as an in or out patient. It is essential therefore that care is taken to prevent legionella bacteria from growing in these hot and cold water systems.

Broadly speaking, hot water should be kept hot and cold water kept cold. More specifically, cold water should be stored and distributed at less than 20oC, hot water should be stored at 60oC and distributed at 50oC. Tanks and pipes should be insulated to prevent thermal gain causing the cold to heat up or the hot to cool down. Most large buildings will have circulation systems with only short legs to appliances to ensure that the water remains at the appropriate temperature. In buildings such as hospitals and residential care, thermostatic mixing valves will be required in baths and showers to prevent scalding.

It is important that the sentinel taps are identified; these are the taps closest to and furthest from the calorifier and tanks. The temperature of the water at these taps, in the calorifier and tanks should be measured every six months and a record kept. A responsible person needs to be appointed to ensure that the risks of legionella colonisation and proliferation are effectively managed.

Health and Safety Executive (HSE) has provided an ACOP, legionnaires disease, L8, to support the ACOP where additional technical information is available.

Public access
Perhaps this should have been first on the list as of course members of the public have to be capable of accessing the building, and many members of the public who are seeking services or advice have mobility issues. It is incumbent upon public organisations to make reasonable adjustments to ensure that buildings are accessible to those who may have a disability. This is easy with new builds or during a major refurbishment of an existing building, but may be more difficult with older grand civic buildings, constructed in less enlightened times. The retro fitting of ramps, lifts and other adaptations will be essential to ensure that the public is capable of accessing public sector buildings. As mentioned, there is a large footfall in public buildings, which also means we must consider counter-terrorism procedures. The Home Office has provided information on what these measures can be. They include: better blast resistance, such as external barriers and building materials which reduce the risk of fragmentation; better building management facilities, for example secure air intakes and keeping hazardous material stores a safe distance from the building; good traffic management to keep away hostile vehicles; and good oversight, such as clear lines of sight around the building and well-managed access points.

To conclude, public sector buildings have specific issues which need to be considered to enable them to fulfill their role of allowing the public in. Moreover, they should not put at risk those people who have access to the building be they staff or members of the public. Finally every effort should be made to design out the risk before they are constructed.