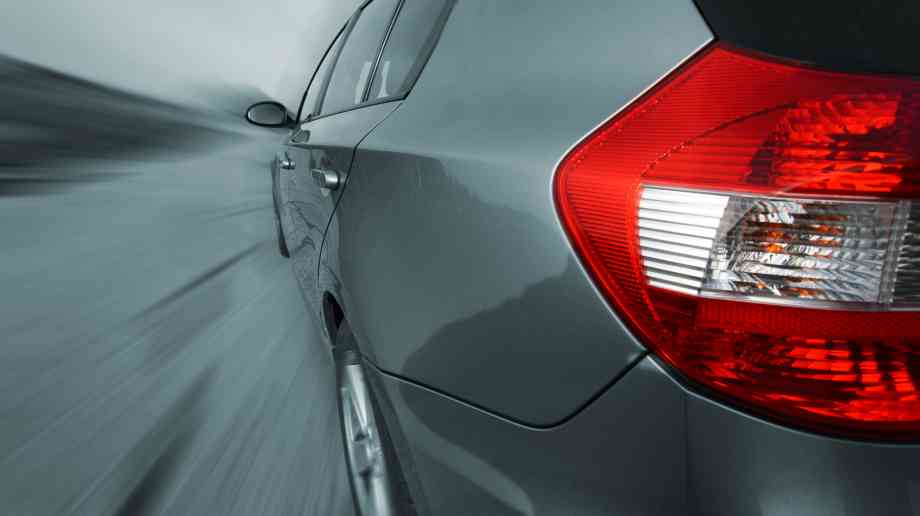 How the public sector can tackle the Grey Fleet

With the help of Energy Saving Trust research, Gerry Keaney, chief executive of the BVRLA, addresses the costly state of grey fleet management, looking at how best to reduce any financial burdens, environmental damage and unnecessary milage

The UK economy relies on the fleet industry to ensure that people and products get where they need to be, when they need to be there. Public and private sector organisations operate fleets of vehicles to deliver products and services, and while these are some of the newest, cleanest and safest cars on UK roads, there are other vehicles used for work purposes that aren’t as good.

This hidden part, the story that never gets told, is the ‘grey fleet’.

A grey fleet vehicle is one that is owned and driven by an employee for business purposes. The company then reimburses the employee on a pence per mile basis for using their own vehicle for these journeys.

In 2002, HM Revenue & Customs (HMRC) set an Approved Mileage Allowance Payment (AMAP) rate of 40 pence per mile for the first 10,000 miles travelled by employees in their own cars, and 25 pence for each subsequent mile thereafter.

In the 2011 Budget, the Chancellor of the Exchequer increased the rate to 45 pence per mile, to reflect the increasing costs in running a car. These AMAP payments are intended to reimburse the cost of fuel and contribute to the overall running cost, including depreciation.

Financial clarity
In many areas of the public sector, grey fleet has become the primary mobility solution to enable services to be delivered to local communities. It provides flexible, easily administered transport for employees who need to travel on business.

Traditionally, the actual mileage rates paid have been set by bodies representing both employers and employees in their respective sectors, e.g. - local government employers representing local authorities on the National Joint Council and the NHS Staff Council agreeing Agenda for Change rates for NHS employers.

However, findings from a number of studies have shown that many organisations are unaware of the costs, environmental impacts and duty of care risks associated with employees using their own vehicles in the course of their work. For a sector that prides itself on making rational decisions based on a thorough understanding of costs of ownership and business requirements, this lack of awareness is mystifying and unacceptable.

Thanks to a ground-breaking report, compiled by the Energy Saving Trust (EST) with the help of the BVRLA and its members, we now have a much clearer view of the scale and scope of grey fleet use in both the private and public sector. The findings are shocking and represent an urgent call to action for anyone involved with UK work-related road transport.

According to the report, some 12 billion business miles are driven each year on Britain’s roads by 14 million employee-owned cars. Our comprehensive research revealed that this costs organisations more than £5.5 billion a year in mileage claims and car allowances.

Using government figures and fleet data, EST researchers developed a profile of a typical grey fleet vehicle and compared it to alternatives, such as rental cars, car club vehicles and company cars. They found that the average grey fleet car was older, more polluting and potentially more dangerous than its counterparts.

The average employee-owned car used for work purposes is 8.2 years old, and emits 152g/km of CO2. In total, grey fleet vehicles emit 3.6 million tonnes of CO2 and 8,150 tonnes of NOx – more than twice the annual emissions of London buses.

In contrast, the average company car provided under a salary sacrifice agreement is just 1.3 years old and emits only 103g/km CO2.

The total cost of grey fleet use in the public sector is £786 million, generated from 1.5 billion miles drive by staff. More than 40 per cent of this cost is generated from NHS trusts driving 624 million miles in employee owned vehicles, at a cost of £317 million. A further 34 per cent comes from local authorities undertaking 491 million miles at a coast of £266 million. The Civil Service accounts for 16 per cent of the cost, with police, emergency services and education organisations responsible for the rest.

The entire public sector is under considerable pressure to reduce spending while maintaining existing services, and the millions of pounds spent on grey fleet mileage each year represent a fantastic opportunity to save money, preserve public sector jobs and add value for the taxpayer.

A wider transport strategy
It is also an opportunity to cut carbon emissions and tackle the UK’s air quality crisis, as well as an opportunity for UK businesses to take a more responsible, sustainable and cost-effective approach to their transport needs.

These opportunities may be obvious, but one of the reasons they have remained so elusive in the past is that they are not always easy to grasp. That is why the BVRLA has focused on some of the barriers to tackling the grey fleet and provided organisations with some simple and straightforward advice on doing so. We are also calling on the government to tackle these issues in its transport strategy.

The AMAP system used for reimbursing grey fleet drivers is the only part of the motoring tax regime that provides no incentive to drive fewer business miles or use cleaner vehicles. This blind spot is wasting taxpayer money, costing businesses millions of pounds, damaging our environment and making our roads more dangerous.

There is no one-size-fits-all solution, but there are a number of alternatives, including car club vehicles, rental cars, company cars and those provided under salary sacrifice schemes.

Understanding at a granular level the journeys being made by employees will enable a public sector organisation to begin to tackle the issue. This might require a significant increase in administration, or a significant investment in new technology, but an alternative would be to employ the services of a fleet management company.

Once the scale of the issue has been identified, a company can then introduce stricter controls on its grey fleet management. This would eliminate ‘claims inflation’, where employees round-up their journey mileage. Furthermore, tighter fleet management could reduce unnecessary or poorly planned journeys, such as by transferring grey fleet journeys to non-travel options such as audio and video conferencing.

Cutting grey fleet mileage by just 15 per cent would be the equivalent of taking 225,000 cars off the road in emissions terms. There are other benefits too. As well as the £5.5 billion of potentially unmanaged costs from mileage claims and car allowances, our research indicated that grey fleet vehicles account for a significant portion of the £2.7 billion costs associated with work-related road accidents. Of the 14 million grey fleet vehicles on UK roads, our research suggests that only nine per cent achieve the 5 star EURO NCAP rating. This is compared with 87 per cent of all car club vehicles.

The BVRLA would like public sector fleets to set ambitious targets for reducing the impact of their grey fleet by increasing the portion of ultra-low emission grey fleet cars (with CO2 of 75g/km or less) to 50 per cent by 2020. They should also cut total grey fleet mileage by 50 per cent by 2020 – a reduction of 750 million miles per annum. This would not only have huge financial implications, but also improve air quality and road safety.

We hope that our research will enable organisations to tackle this issue, grasp these opportunities and take a more responsible, sustainable and cost-effective approach to their transport needs.

There is considerable potential for both public and private sector organisations to reduce grey fleet use by taking advantage of the innovative products and services offered by the rental and leasing industry.

London Borough of Croydon
When the London Borough of Croydon (LBC) wanted to reduce its grey fleet costs, carbon emissions and traffic congestion to relieve local parking pressures, it carried out a comprehensive review which found that 1,284 employees (30 per cent of staff) were travelling 1.1 million miles a year in their own cars on business. The cost of this grey fleet travel equated to £1.3 million per annum, generating 324 tonnes of CO2 emissions.

LBC implemented a pay-as-you-go approach to travel, and initiated a pilot of the Zipcar pool car scheme. LBC now has access to 28 vehicles that emit less CO2 than private cars, and are publicly available to Croydon’s 2,139 Zipcar members outside of working hours. The council also implemented Cycle to Work, corporate Oyster cards, lift-share (for commuting), flexible working and working-from-home policies.

The results of these initiatives were impressive. Employee transport costs were reduced by over £500,000 in the first year. Carbon emissions fell by 32 per cent, and business miles were reduced by 42 per cent.

The analysis determined that 81 per cent of those trips were shorter than 50 miles while 71 per cent lasted for fewer than four hours. AVDC has installed seven charging points on site, and now uses eight Enterprise pool cars, including three electric vehicles, two plug-ins and a hybrid. Staff can also use daily rental vehicles when their trip is longer than 75 miles or eight hours in duration. As a last option, the mileage reimbursement rate for staff using their own vehicles was reduced to £0.15 pence/mile to discourage the use of private vehicles.

Within one year of the car share scheme being introduced, the council has saved £90,000 on travel costs and reduced annual mileage by over 100,000 miles. CO2 emissions have decreased by more than 50 per cent as journeys are now undertaken in less polluting, more fuel efficient cars.

Derbyshire Community Health Services NHS Foundation Trust
Derbyshire Community Health Services (DCHS) NHS Foundation Trust serves a patient population of more than one million. A large percentage of its work involves clinical staff driving across Derbyshire to deliver patient care at home. These Care in the Community teams have recently expanded, due to the NHS strategy to have more care in the community, which puts pressure on travel requirements.

The trust has 4,500 staff, with around 2,500 claiming expenses for travel using their own vehicles. It now has a pool car fleet of 20 vehicles (including one EV and seven hybrids), and has revised both its expenses and lease car policies. The trust also replaced its old paper-based mileage claim system with an e-pay system which includes manager checks to confirm the validity of driver and vehicle details.

The results speak for themselves. 400 staff have registered for the pool cars, which have travelled 75,000 miles, saving over 6.5 million tonnes of CO2 emissions. The introduction of teleconferencing has also led to a three per cent reduction in mileage claims, while the revised lease car policy has encouraged the adoption of low emission vehicles, and led to average CO2 emissions of 105 g/km for new lease cars ordered in 2015.