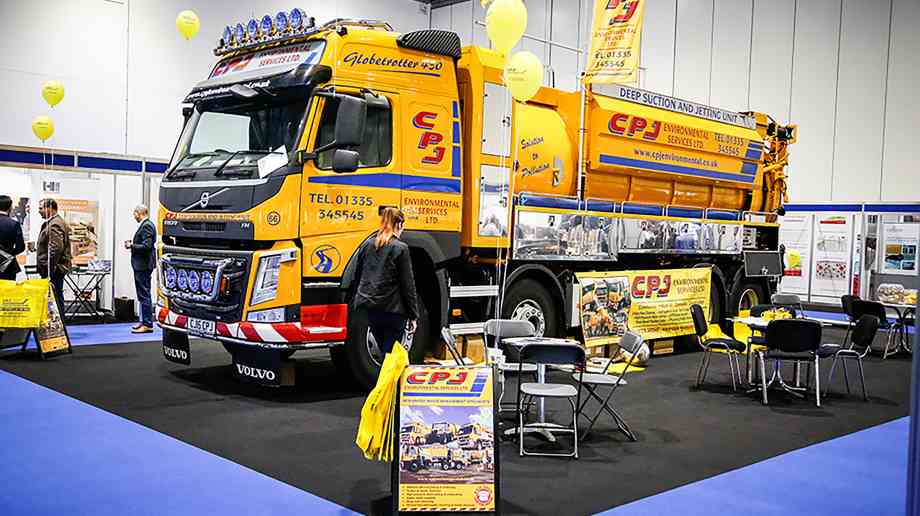 Flood prevention: it’s no longer a choice, it’s a necessity

Flood Expo, taking place on 12-13 October 2016, is the largest event of its kind in the world that presents the desperately needed defence measures to the widespread flooding problems that threaten to spiral further out of control

Finding flood protection and prevention solutions is no longer a choice; it’s a necessity. Flood Expo is the largest event of its kind in the world that presents the desperately needed defence measures to the widespread flooding problems that threaten to spiral further out of control.

The devastating floods that hit the UK at the end of 2015 and the early part of 2016 have further raised the importance of a collective effort in presenting the technology, infrastructure, and research in flood prevention to a heightened level of urgency. Flood Expo provides this opportunity.

The Flood Expo is an annual conference and exhibition specifically designed for the flood industry, promoting the technology, theories, and strategies in preventing, predicting, and defending against flooding.

The event unites world renowned researchers, experts, innovators and pioneers and develops a unique cross-departmental platform that will have a perennially significant impact in the effort to mitigate, or maybe even prevent altogether, future catastrophes.

What to expect
This year, 2500 visitors will be able to learn from an extensive seminar schedule, with 80 expert speakers providing their unique insight, industry expertise, and innovative products and services alongside some of the best-known authorities and influential opinion leaders.

There’s over 100 of the industry’s most progressive and forward looking suppliers exhibiting their cutting edge products, equipment, services, and strategies, and Flood Expo provides a rare opportunity for visitors to interact with these innovators face to face.

There is no greater platform for the measures that are being taken by the industry’s innovators, researchers, and thought leaders than at Excel London on the 12-13 October; no other flood event allows industry representatives to exchange views on the latest developments and findings in the fields of research, innovation, defence, and prediction, and to learn from such an abundance of case studies from all over the globe.

Aims
The idea behind the Flood Expo, initially named The Flood Defence and Prevention Expo, wasn’t just inspired by the dreadful floods that hit the UK in early 2014, but more so one particularly wet morning in February of that year, when workers arrived at the office of the organiser, PRYSM, having fallen foul of yet another torrential downpour.

Tom Borthen, PRYSM’s marketing director, told Exhibiton News in December 2015: “It was one of those foul-weathered mornings. Most staff arrived into the PRYSM office dripping wet through. The radiators were soon hidden with wet socks and the odd pair of trousers and as we were about to get to work we had a flash of inspiration and a brilliant idea was formed to produce the Flood Defence and Prevention Expo.”

Organisation of the show was rapid; The Flood Defence and Prevention Expo had launched within just 10 days of inception with a website that included 10 keynote speakers and six media partners. The show shouted to professionals from across the industry working all over the country, and it was helped even further when former Prime Minister David Cameron announced that the government would be providing unlimited spending in helping to curb the issue and help avoid further catastrophes in the future.

Award winning success
The show enjoyed a huge success in the latter part of 2014, where, through excellent content combined with an extensive line up of distinguished advisors and a hugely impressive selection of the industry’s most progressive exhibitors, the event enjoyed a turnout that was 30 per cent higher than expected.

The show’s phenomenal impact was firmly highlighted when it won the Show Rising Star award at 2015’s Exhibition News Awards. In winning the award, the show beat some of the country’s most popular and diverse trade events, and served as recognition of both the show’s phenomenal growth in the past year and the outstanding service it offered, and continues to offer, flood professionals and victims of flooding across the world the solutions, guidance, and support that they so desperately need.

Jon Greenslade, event director of the Flood Expo, said of the award: “We were absolutely speechless when we won the (Show Rising Star) award. In the exhibition industry, there is no greater form of acclaim for a new and up and coming show, so to win this was fantastic recognition for the hard work we had put in.

“Flood is now firmly recognised as the world’s largest exhibition on flooding, attracting exhibitors and delegates from all over the world, and my team and I are determined to increase the show’s stretch even further and as the show gets older, we aim to mitigate the threat of flooding as much as we possibly can through the world’s leading suppliers and innovation.”

The Flood Expo’s second edition, which was held last October, achieved a further 16 per cent increase in visitor turnout, and included senior figures from the Environment Agency, Defra, the government, and flooding professionals from a total of 26 countries. This year’s event is anticipated to continue this trend, with an even greater selection of speakers from across the world, and even more seminars, demonstrations, and live debates.

Speaker line-up
The 2016 Flood Expo will once again deliver an unrivalled array of globally revered speakers in the flood defence and prevention industry, providing visitors with an unsurpassable level on insight and information.

Amongst those speaking will be Jerry Cotter, chief of the Water Resources Branch for the Fort Worth District and the USA’s most distinguished figure in managing and developing the nation’s water resources, and who plays an influential role in the fight against flooding. Jerry will deliver a presentation of the USACE national water management programme with regional flooding operations highlights.

Professor Dragan Savic, the UK’s first professor of hydroinformatics, and founder and co-director of the internationally recognised Centre for Water Systems, in the College of Engineering Mathematics and Physical Sciences (CEMPS) at the University of Exeter, will host a presentation that demonstrates how massively merged urban flooding data in 3D could allow better understanding of the risks and mitigation options.

There’s Brendan McCafferty, who, as CEO of Flood Re, is integral in ensuring Flood Re is embraced by the insurance industry and achieves its key objective of enabling availability and affordability of flood insurance for households at risk of flooding and is directly accountable to Parliament for Flood Re’s statutory responsibilities. His seminar looks at how Flood Re works and what people need to know, and includes their plans for the future and their role in reducing the cost of flooding.

Essential for flood professionals
Flood Expo’s live demos are packed with sessions essential to any flood industry professional looking to evaluate the very latest in flood defence equipment from the innovators and visionaries behind the product’s creation. Sessions will run on the banks of the Thames just outside the venue, and feature throughout both days of the show.

Amongst the innovations on show will be Flood Protection Solutions’ Water-Gate flood barrier, a temporary self-deploying system that uses the weight of the water to hold the water back; there’s Applications in CADD Ltd, who will be demonstrating how their custom built remote control boats are used to conduct hydrographic surveys; and CPJ Environmental Services LTD, who will be presenting two new ROLBA Medium Volume Combination premium quality sewer cleaning machines.
Flood’s panel of experts, thought leaders, and visionaries will take part in a series of live debates over both days of the event.

Issues and challenges that are currently prominent in each of the sectors will be covered. Discussions will be held on topics such as future innovations and the benefits and limitations of using technology in flood defence and prevention; the role of insurance companies during and after flooding incidents; and the suitability of the current crisis plan and response to flooding in the UK.

For the very first time, The Flood Expo will host The Flood Expo Awards, a feature that recognises the foremost products available in flood innovation, mitigation, and resilience.

As the premier platform for the leading edge solutions to widespread flooding problems from the world’s leading flood prevention companies, The Flood Expo Awards stand as an important new feature within Europe’s biggest industry exhibition.

Unparalleled networking opportunities
Flood Expo is renowned for providing unparalleled networking opportunities to flood industry innovators, leaders, and professionals, and this year’s event offers visitors the greatest opportunity yet to make new connections throughout the industry, with areas that are specifically designed for all professionals and business owners working in flood defence, prevention, and prediction to interact and build relationships in the most comfortable environments possible. Included in this is the Environment Agency Networking Area, a specialised networking area where visitors can come along to learn more about the Agency’s commitment to the protection and enhancement of the environment, and their partnership with the Flood Forecasting Centre and the Met Office.

The award winning Flood Expo returns to ExCeL London on the 12-13 October 2016, and for the first time will run side-by-side with the M&CCE Expo, the event for solutions in coastal engineering, and the Contamination Expo Series, the event for land and water contamination professionals.