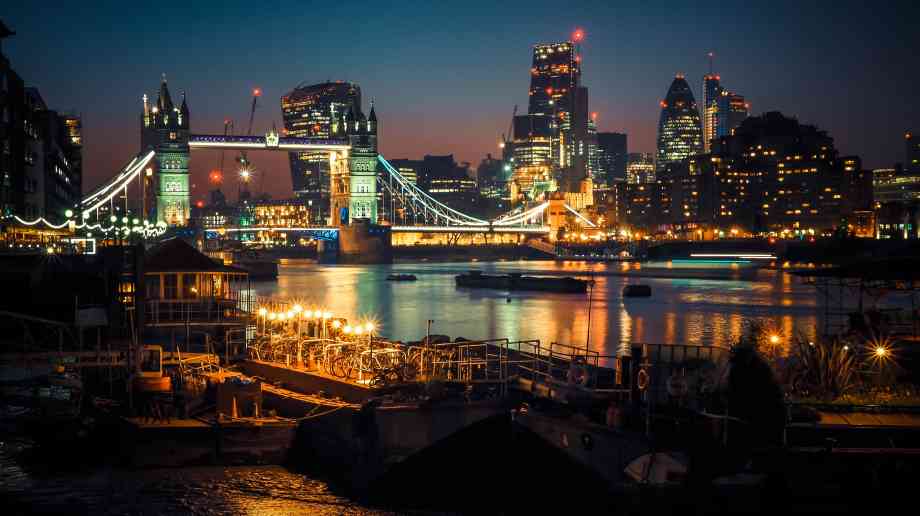 Covid-19 and the rise of collective intelligence

The pandemic has exposed some hard truths about cities and society. But the collective intelligence of cities has emerged as a beacon for hope for the future of Smart Cities, as Oli Whittington, Senior Researcher in Nesta’s Centre for Collective Intelligence Design, explores

For decades, ‘smart cities’ have promised to transform how people live, work and play through the digitisation of spaces, services and infrastructure. These technology-enabled visions of the city have rarely materialised beyond lofty city strategies and incremental improvements. However, Covid-19 forced many of our lives online and accelerated the digitisation of urban life faster in two months than the previous two decades.

Technology enthusiasts often claimed that digital technologies in the built environment could lead to more efficient, connected and resilient cities. But nearly a year and half after the first lockdown in the UK, has digitisation led to better cities?

In short: not quite.

The pandemic has seen a rise in inequality of all kinds, from income to health, and technology has often exaggerated this rise. This has been combined with the biggest threat to cities in 50 years—urban flight. On the other hand, we have seen technology play a vital role in bringing people together to solve problems and shape the future of their cities on a scale never seen before. This combination of people, data and technology, or collective intelligence, provides a purpose and direction for the future of smart cities.

The unmet promise of digitisation
By April 2020, 57 per cent of Londoners and nearly half of the UK population were working from home. Education, often slow to evolve to new opportunities from technology, moved to virtual classrooms. Healthcare, although under immense pressure from the pandemic, integrated data and technology to deliver many of its services online. This rapid digitisation of essential services was mirrored in almost every interaction in the city, from how we order drinks in a bar to how we navigate while avoiding crowds.

For many people, however, the digitisation of services has exposed and exaggerated existing inequalities. A Nesta study found that one in seven adults in Scotland and Wales are experiencing data poverty. This required private companies to step in to offer unlimited mobile data in support of disadvantaged children studying at home, a factor resulting in these pupils being more than a month behind their peers. Similarly, the opportunity for more distributed access to wealth through technology is in stark contrast to the $450 billion earned by the top 10 richest people during the pandemic, of which eight lead tech-based businesses. This inequality has real consequences, with one study estimating 40,000 fewer deaths in the UK if the mortality rate was as low as the least deprived areas of the country, and another showing that Asian patients were 49 per cent more likely to die from coronavirus.

While technology has exposed the societal divides in our cities and the people that can and cannot access digital services, collective intelligence, designed in the right way, can build empowered communities to create cities that work for all.

Decentralised support networks
In response to the pandemic and the two million people shielding, hyper-local networks of people came together to combat challenges from delivering essential medicines to tackling loneliness. This rise of mutual aid networks across communities in the UK and around the world exemplified the very best of cities. This was often made possible by technology removing the barriers to entry and empowering people who have never volunteered before to help. For instance, the Nesta-backed GoodSAM app recruited 750,000 people in the space of a few days to support local Covid-related activities.

“Each person in a town knows that his [sic] own small acts help to create and maintain the whole. Each person feels tied into society, and proud because of it.”
Christopher Alexander, Architect and Design Theorist

Given the rapidly changing nature of the Covid-19 pandemic, local authorities needed to understand the needs within their cities quickly to reimagine service delivery and support. In London, Camden and Hackney Council worked together to create and deploy new open source digital products and services to enable more support to people not traditionally classed as vulnerable during the pandemic, such as Beacon, which crowdsources community needs and connects people with local support services.

In Taiwan, civic hackers worked with the government to rapidly develop open source solutions to Covid-related challenges. This included a live map that gathered data through chat forums and social media about the supplies of personal protective equipment in convenient stores, allowing users to find masks as anxiety about the pandemic was growing. As with all good digital innovations, this ultimately led the country’s digital minister, Audrey Tang, to adapt government policy and distribute masks through Taiwan’s National Health Insurance system. Once mask supply was in the hands of the government, Audrey Tang opened the data on mask availability to the country’s civic hackers to further the application and improve features such as audio assistance for the visually impaired.

These innovations show how technology can enable people to support each other, gather data and develop solutions for the collective good of the city.

Distributed decision making
"Good ideas are articulated by one person, but usually imagined by a community"
Brian Eno, Musician and Theorist

Over the last decade, there has been an increase in local democratic innovation to guide decision making and policy, as reported by the OECD. This included three citizen assembly pilots in 2019 to shape town centres in the UK and produced guidance on how to run these into the future. As a fundamental characteristic of cities is their diversity of people, and the most important factor for good group decision making is the diversity of the group, the future of collective intelligence in the city looked promising prior to the pandemic.

However, with the arrival of mandatory lockdowns, how governments engaged and even how they governed had to be reimagined. This reimagination didn’t just shift the same processes online, ‘rather, it required changes to policies, processes and practices as well’. For instance, at a national level, the introduction of daily press briefings and immediate reaction on social media created a more dynamic response to the change of policy, as observed through the government’s U-turn on free school meals. While local council meetings migrating to the virtual environment created opportunities for greater transparency and engagement in decision making, sometimes with unusual results, as the viral video of Handforth Parish Council demonstrated.

Perhaps the biggest moment for virtual engagement during the pandemic belongs to the civic-tech innovators that have been developing tools in the digital democracy space over the last 15 years. Open source tools such as Pol.is, Consul and Decidim have enabled cities and local governments to run citizen engagement online, as well as change the dynamics of discussion and how policy is formed. During the pandemic, these tools have facilitated virtual discussions, debates and idea generation. Examples such as the Omastadi programme that used Decidim for participatory budgeting in Helsinki, show how citizens can generate new ideas for their city and decide how to allocate a €4.4 million municipality budget entirely online. While the Scottish government used a platform, Dialogue, to understand issues and feedback on Covid restrictions in the summer of 2020.

These open source digital tools, supported by equal access to technology and data, have the power to transform democracy and the citizen experience in the city. At Nesta, we will be piloting these collective intelligence tools with our partners in three Nordic cities to explore how to embed the voices of citizens, and particularly marginalised groups, into the policy and practice that shapes our cities.

The post-pandemic participatory city
Over the many iterations of the vision of the smart city, too few have people at their core. This criticism is not new, but the criticism has often only resulted in incremental improvement of the user experience of apps and technology, rather than community-driven technological innovation. However, the rise of new democratic practices alongside a time of social distancing due to the pandemic has created a new need for technology in cities—to facilitate community participation.

"Cities have the capability of providing something for everyone, only because, and only when, they are created by everybody."
Jane Jacobs, Author and Urban Activist

The application of technology to democratising cities must be approached with caution. As we have observed, the imagined benefits of technology have not always been realised. For instance, working from home and remote meetings has often been associated with saving travel and therefore lowering emissions. However, a timely WSP report identified that on average, people working from home year round will produce 80 per cent more carbon emissions than someone commuting to the office. While the estimated 20 per cent increase in global internet traffic would require a forest of about 71,600 square miles to sequester the emitted carbon.

Technology has a complex relationship with cities and citizens. This was almost comically demonstrated through the rollout of superfast 5G connectivity, the apex of telecommunications engineering, coinciding with the phenomenon of misinformation on social media leading arsonists to burn down 5G towers. These tensions between advancing technology, and its unintended consequences, must be carefully considered as we step forward.

For the next iteration of the smart city, we need strong and equitable connectivity across cities, digitally empowered communities and responsive governance. Although the pandemic has exaggerated many of the inequities within cities, the collective intelligence of citizens has emerged to shape their future.

A business consultancy that only employs highly motivated, task-oriented consultants that operate with a task culture, believe in our mission, what we do, how we do it and are prepared to go the extra mile to deliver impact.

Dark Skies or Safer Streets – Are we taking a holistic approach?
How will “smart city” transform our lives?
Sodexo Motivation Solutions