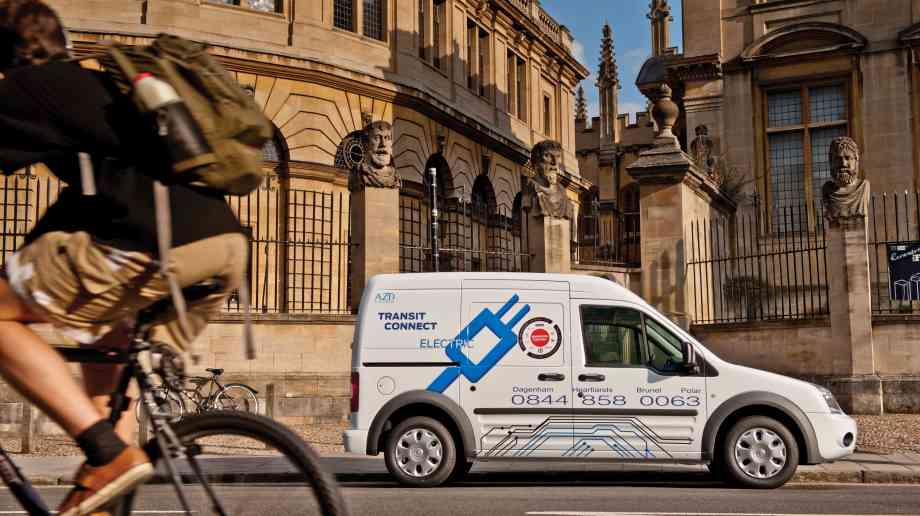 While the low carbon and low emission car market has seen rapid progress and developments, the commercial vehicle sector hasn’t enjoyed the same growth. The Low Carbon Vehicle Partnership looks at the obstacles in the way of greener commercial vehicles.

Those involved with fleets in the public sector will most likely be very familiar with the rapid progress of low carbon and low emission cars. The government incentives, administered by the Office for Low Emission Vehicles (OLEV), and taxation signals through CCT and other mechanisms have helped steer company car drivers into ever ‘greener’ car choices and the variety of products available has increased rapidly. The prospect for greener commercial vehicles on our roads, however, still faces some daunting obstacles.

Impressive progress
Perhaps less well known to the fleet management audience is the impressive progress that the UK bus sector has made in ‘greening’ its vehicles. More than 30 per cent of new bus sales are certified low carbon and UK buses are running in service on a wide range of fuels – such as hydrogen, biomethane, compressed natural gas (CNG) and biodiesel. Furthermore, the whole spectrum of powertrain technologies (KERS flywheel systems, series and parallel hybrid, full battery electric, inductive charging system, the list goes on) show the range of solutions possible. Again, government incentives in the form of grants and fuel duty support, have been critical to ‘kick-start’ the market.

But more than a third of the carbon from road transport is emitted by goods vehicles (vans and HGVs) and, uniquely, this segment is actually increasing its emissions, despite all our efforts, due to the rise in economic activity and our appetite for getting more goods more quickly. So commercial vehicles currently present us with our biggest low carbon vehicle challenge. In the van sector, OLEV grants of up to £8,000 have still failed to encourage mainstream manufacturers to offer the range of hybrid technology needed to offset the increase in carbon emissions resulting from the fast-growing market.

There are, though, a number of very attractive van options, as highlighted in the LowCVP’s Low Emission Van Guide and several niche products developed by UK innovators such as the hydrogen-powered Transit but, to date, little impact has been made in the market by any of these. With average new van CO2 emission dropping less than two per cent in 2014 and van registration volumes up 19 per cent, it’s clear that much more needs to be done if we are to reverse the growth in emissions.

Challenging prospect
Larger trucks are an even more challenging prospect, not least because the CO2 emissions aren’t measured at a vehicle level, so have very little real evidence on which to base policies. This has been the focus of a team led by the Department for Transport’s (DfT) Low Carbon HGV task force and steered by a small group including the LowCVP, The Society of Motor Manufacturers and Traders (SMMT), The Freight Transport Association (FTA) and others.
The HGV industry has had several years of intensive focus on delivering air quality emissions reductions culminating in the Euro VI regulation in 2014. For interest, HGV emissions legislation use roman numerals and cars and vans use Arabic numbers since the requirements are very different but the pace of change is similar.

All the data we have to date indicates that Euro VI really is delivering the low emissions performance from this sector (with an incredible level of technology and know‑how embedded) and now the attention can really turn to lowering the carbon impact and fuel consumption. Of course, truck operators have not had their heads in the sand and many significant improvements have come from operational efficiency through driver training, route and load planning, backhaul partnership agreements and collaborations between logistics companies.

Hybrid technology
The advances in telematics and fleet management have also been dramatic and, perhaps, provide an area where further intervention and support would benefit to ensure every operator maximises this technology. Unlike bus operators, truck fleets really haven’t embraced the potential of electric and hybrid technology in the urban operation, despite a handful of original equipment manufacturers (OEM) offering some very advanced technology options. The uptake of existing lower carbon solutions like low rolling resistance tyres and more efficient aerodynamic systems is still behind where it should be and where we need it to be in order to meet UK carbon reduction targets.

Perhaps this is because there has been no direct government support to stimulate this sector and the economic business case for upfront expense just isn’t possible in an environment where road haulage profit margins are undoubtedly slim.

One area where we have, however, seen a clear focus is on the use of methane (CNG) and biomethane in the heavy truck sector. This has been stimulated by £11m of DfT funding. A recent workshop, hosted by Cenex, brought together stakeholders to hear the preliminary results of the Low Carbon Truck Trial which saw over 330 gas-powered trucks operated over the last three years. The final results of this project, together with further specific emissions tests and data from the latest Euro VI trucks now running, will all come together early next year and will enable the UK to really focus on a strategy for gas in the heavy truck sector over the next few years.

Robust process
Simultaneously, the LowCVP and a consortium of its members – with support from OLEV – have been developing a robust process to accurately measure and compare trucks and truck technology aimed at cutting local air pollutants and carbon emission reductions.

Again drawing from the bus sector, the creation of a single, widely accepted and relevant test has enabled government, operators and technology providers to coordinate activity and support precisely where it is needed to make the greatest carbon savings and to develop solutions for the longer term. It is, of course, imperative that any plans are long-term to allow businesses to develop strategy and implement plans with appropriate investment cycles.

Coherent plan
In the near future it is anticipated that a wide range of activity and initiatives will be drawn together to provide a coherent plan for the commercial vehicle sector. High level modelling of the carbon impact by both the DfT and the Committee on Climate Change (CCC) is likely to highlight the urgent action needed to meet our carbon targets in 2030.

For transport, with progress in cars underway, commercial vehicles will undoubtedly be the next focus. The work the LowCVP has recently carried out to map the transport fuels and infrastructure needed over the next twenty years will provide a framework to determine what energy sources will be used in this sector. A robust test process, in advance of the potential European requirements and possible legislation, can put the UK ahead of the game in identifying the technologies and market signals needed.

Ultimately, working hand-in-hand with the logistics market we can create the maximum benefit to all stakeholders and the environment. So, for the LowCVP, the next big challenge of tackling emissions from commercial vehicles is underway, and we look forward to working with all stakeholders to deliver green (truck) fleets.