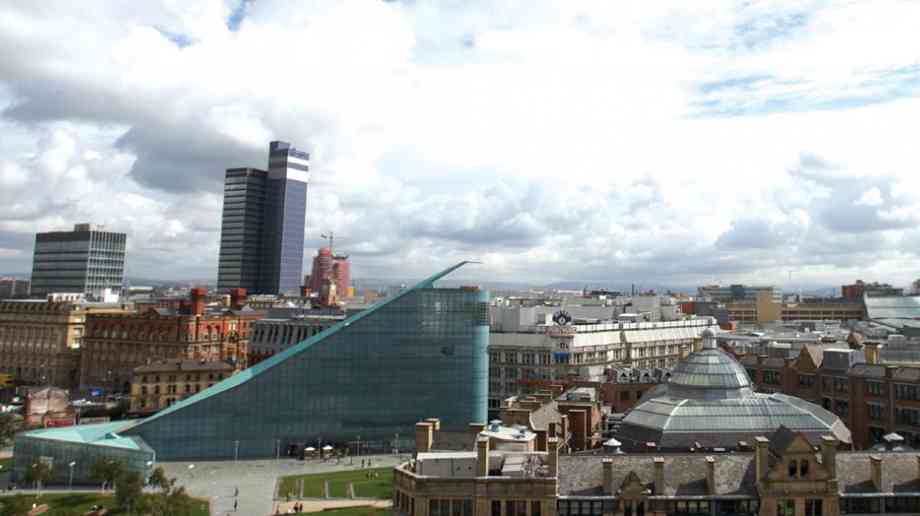 As part of the local elections on 6 May, the people of Greater Manchester will be electing a regional mayor, who will have responsibilities over setting budgets and priorities for Greater Manchester’s public services

An election was meant to take place on 7 May 2020 but was postponed as a result of the coronavirus pandemic. Instead, the election will now take place alongside the local elections for all 10 councils areas of Greater Manchester, as well as elections for City Mayor of Salford, on 6 May 2021.

The first Mayor of Greater Manchester, Andy Burnham, was elected in 2017 for a three-year term.

More than eight in ten people in city-regions support some form of greater devolution according to new polling from Centre for Cities. The polling was commissioned ahead of next month’s local elections to understand the impact of devolution and the offices of Mayor in Cambridgeshire and Peterborough, Greater London, Greater Manchester, the Liverpool City Region, Tees Valley, the West Midlands, the West of England and West Yorkshire.

On average, 83 per cent of people in city-regions going to the polls on 6 May support some form of greater devolution, with provision of affordable housing (51 per cent), supporting businesses (47 per cent) and providing access to skills and training (39 per cent) the most common areas that people want to see devolved to local politicians.

The candidates in Greater Manchester

In recent months Burnham has campaigned tirelessly for coronavirus support packages for businesses and residents in the north of England, including arguing against Manchester being put in stricter restrictions last year, but has been perhaps most successful since 2017 in his work to tackle homelessness in Greater Manchester. With target to eradicate homelessness in the region by 2020, which was missed, Burnham immediately donated 15 per cent of his salary to homeless charities and established the A Bed Every Night initiative, which has supported 3,179 people sleeping rough in Greater Manchester to date.

More recently, Burnham made the landmark decision to take control of buses in the biggest shake-up to Greater Manchester’s transport network in over 30 years, as part of plans for a joined-up and truly passenger-focused transport network. It means that Greater Manchester will be the first city-region outside London to have buses that are under local control, allowing local leaders to set routes, frequencies, fares and tickets.

Laura Evans is the Conservative candidate for Greater Manchester Mayor. As a local business woman, Evans has pledged to use her knowledge and expertise to deliver a passionate business-like approach to the job, which, she says, ties in with the government’s ‘levelling up’ agenda.

Evans is a former cabinet member and Village ward councillor on Trafford Council. Alongside prioritising the issue of further tackling homelessness in the region, Evans has also promised, if elected, to focus on building new homes on derelict and brownfield sites in towns and high streets, adapt the devolved health agenda in Greater Manchester and improve and invigorate the apprenticeships range and offer.

In 2017, Conservative mayoral candidate Sean Anstee received 22.7 per cent of the vote.

Representing the Liberal Democrats, Simon Lepori has been a key campaigner and organiser for Trafford Liberal Democrats over the past five years and has worked in the health and social care sector for 17 years.

Having returned to the frontline during the coronavirus pandemic, Lepori has made healthcare his main election pledge, promising to build a healthcare system fit for the 21st century in the region. He also intends to refocus policing back into communities and ensure Greater Manchester has a housing plan that puts people first, not developers.

Lepori stood for Trafford Council in 2016, 2018 and 2019. He stood for Parliament for the Wythenshawe & Sale East constituency at the 2019 General Election, where he won seven per cent of the cote.

Horrocks received 3.6 per cent of the votes in the 2019 General Election, seeking the constituency seat of Manchester Central. She is currently reading for her PhD in Counter Terrorism at the University of Central Lancaster.

Buckley is the founder of Mancunian Way, the award-winning charity working with Manchester’s homeless and rough sleepers, a role for which he was appointed to the Order of the British Empire as a Member on the Queen’s New Year honours list in December 2019. Last year he was dismissed from his post for criticising the Black Lives Matter organisation, although he was later reinstated.

Having previously run as an independent candidate in the 2018 local council elections in the Deansgate ward of Manchester, Buckley will run for Reform UK next month.

On his Patreon page, Buckley says that he intends to tackle the dangers of the 'Church of Woke' and to be a voice for common sense and British values.

Morris is the General Secretary for the Workers of England Union, a role he started in 2017. Representing the English Democrats in the 6 May election, Morris is using his background working for the Metrolink Tram network to establish a transport agenda, where, if elected, he pledges to scrap the Greater Manchester Road Tax and Emissions Zone tax, as well as abolish peak fares on Greater Manchester public transport. He also wants to abolish hospital car parking charges in Greater Manchester.

Additionally, he says that policing must be changed and that he would put more police on the streets of the region and adopt a zero tolerance policy towards political correctness in policing.

Marcus Farmer is an independent candidate in Greater Manchester in the Mayor of Greater Manchester, having also stood for the position in 2017. Reflecting the Jobs, Peace and Freedom banner, Farmer has said that a 'proportional representation' voting system is now vital for Manchester and that the retention of existing jobs and the creation of new ones ‘is the most important policy for this city going forward’.

Farmer runs his own waste business which focuses on recycling.

He is honest about his other policies taking a back seat to the corruption he has seen on an ‘industrial scale’, and on his CrowdFunding page said that, as mayor, he would have to investigate how bad the situation is before making any spending pledges.

Marvel is by far the leats vocal of the candidates with only his Twitter account offering any indication of what he would do if elected as Mayor. What we can tell is that he is against the government’s handling of the pandemic, as well as Burnham’s record on policing in Greater Manchester. In addition to this, he also opposes bus franchising and the proposed emissions charge.