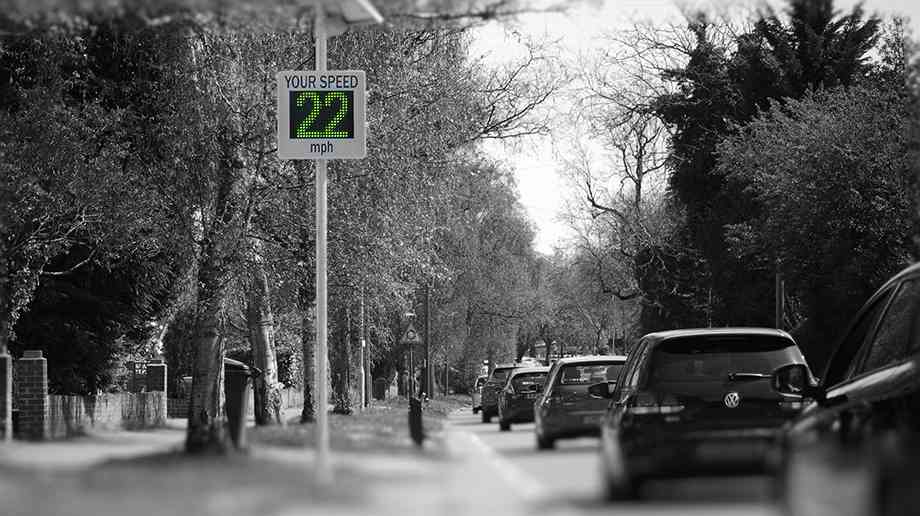 Hertfordshire County Council has taken a proactive approach to address speeding concerns on local roads. It is using vehicle-activated signs which are very quick and simple to deploy to encourage greater compliance with posted speed limits.

Back in the mid 2010s, Dacorum Borough Council in Hertfordshire, England invested in a small number of TruSign Speed Information Display (SID) signs from Truvelo (UK). The Council’s aim was to address community concerns over vehicle speeds on local roads — that is, non-strategic — parts of the county’s road network. It was felt that by encouraging people to drive with greater consideration the SIDs would provide a ‘softer’ face to speed awareness which would complement prioritised enforcement by the police.

The Dacorum scheme was extremely successful — driver compliance exceeded 86 percent. This prompted Hertfordshire County Council (HCC) to adopt the approach and has resulted in a significantly increased take-up of SID usage in the county. As of the beginning of 2020, across Hertfordshire, 263 SIDs were in operation and being rotated between approximately 320 sites. HCC is reporting compliance rates in the 80-90 percents and the ability to de-escalate speeding concerns without the need to consider more costly measures.

Originally, the solution pursued by Dacorum was seen as a low-cost solution to the problem of speeding, says Dan Pearman, Assistant Highway Manager (WGC & Villages) in HCC’s Environment and Infrastructure Department. Initial money for the SIDs came from a Member Funding Scheme at the Local Councillor level and public support was near-instant as it was recognised that a proactive stance was being taken on speeding.

Just two years on from the initial deployments, HCC decided to formalise SID procurement, with de facto control — in terms of the selection of possible sites — remaining at the local level with community engagement.

“We realised that a larger, targeted scheme, albeit one with a strong, continuing influence at the local level, would be better,” Pearman explains.

“Speed and volume surveys are carried out to ensure that locations put forward for deployments meet defined criteria in terms of there being evidenced, existing non-compliance which merits use of a SID, adequate on-site visibility of the SID and so on. We look to limit use to a number of high-impact locations in order to preserve the SIDs’ effectiveness and not have them become ‘just another piece of street furniture’.”

This higher-level approach to SID use enables HCC and other users at the local level to gain a better impression of their effectiveness.

Support for the use of SIDs is very well entrenched at the community level, he notes.

“They’re regarded as less aggressive and more encouraging. Drivers appreciate that call-and-response — they want that vindication of a green smiling face and not a red ‘X’ on the sign. At the end of the day, for some, there’s also that desire to not gain a conviction for speeding.

“SIDs have the effect of immediately flagging that there’s concern in a local area over speeding and driving behaviour, and in particular to non-local drivers unfamiliar with the area.”

In operation, HCC has noticed an element of speed creep over time. Compliance tends to be very high — 85-90 percent — at the point of initial SID deployment at a site but over a period of 18-24 months it falls off slightly. The differences are relatively small — average speeds increase from 28-29mph to around 32-33mph — nevertheless, they are there and it has led the Council to adopt a policy of rotation between sites which have been identified as having speeding concerns.

The SIDs' standalone nature is a great aid to this.

The technology is very easy to install at new sites as well as pre-existing SID sites, which are effectively holes in the ground with locked covers. HCC's crews work on a mobile permit basis under Chapter 8 Guidelines. There is very little or no incursion into the road space and, depending on sites’ proximity, between five and 10 installations are possible in a day.

Speed of deployment from beginning to end is a real differentiator of the technology, according to Pearman.

“Time to effectiveness is measured in just a few months. If, for instance, a concern over speed at a given location is raised in January, a survey can be conducted over February-March and a SID installed and in operation by June. That compares very favourably with the three to four years that it can take to install other forms of traffic calming.

“Once in operation, the results are immediate — drivers see a SID, and look to comply. Putting a SID in place has the effect of completely solving a speeding concern, or else mitigating the problem while other measures are taken, such as traffic-calming being put in place.”

This has big potential cost benefits for cash-strapped local authorities. Where SIDs are effectively seen to be sufficient of a solution to the issue of speeding, this being evidenced by monitoring of driver behaviour, the need for more expensive measures is negated. Taken across an area the size of a county, with numerous potential speeding concern sites, the savings can be significant without there being a detrimental effect on safety.
“Most people, road managers and users alike, see SIDs as an effective speed-awareness measure — especially when a cost comparison is made. A more positive way of saying that is that no-one has ever said to us that a SID doesn’t work in terms of addressing a speeding issue.

“That’s very fair even when one considers the slight speed creep we experience with installations over time. That’s addressed by our deployment strategy, so it really isn’t an issue. What we’ve ended up with is a very agile, proactive solution which is cost-efficient but still highly effective.”

The TruSign SID is a fully standalone solution that provides a multi-colour display capability in two sizes — 30cm characters, and an overall 45cm diameter on a roundel. It uses radar to detect and measure oncoming vehicles’ speeds and provides a traffic counting capability in addition to its compliance function.

The sign and pole are delivered as a single unit. They are self-powered and operate independent of fixed data connections.

Truvelo (UK) has combined low-consumption technology with a very effective solar generation solution — effective to the extent that one Hertfordshire has user that “as long they’ve got sky, they’ll charge — they don’t need direct sunlight”. Battery-only options are available, with some TruSign users running off-grid for up to 10 days before needing to replace the power supply. Bluetooth connectivity enables the rapid and simple download of traffic profile data.